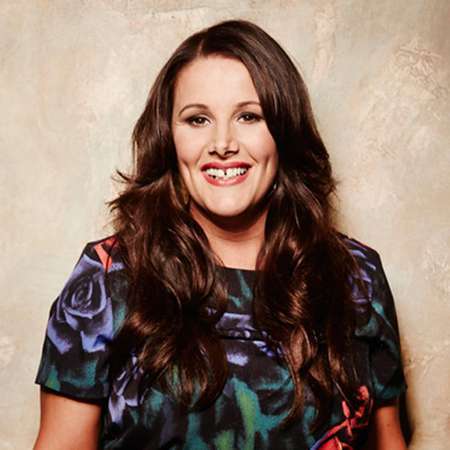 English singer and songwriter, Samantha Florence "Sam" Bailey is the winner of the tenth season of the singing reality show The X Factor. She is well known for her singing style and rose to fame after winning The X Factor.

She went on to release her cover of Demi Lovato’s “Skyscraper” which achieved Christmas number one in 2013. Sam supported Beyonce on her UK leg of The Mrs. Carter Show World Tour as well as performing on The X Factor Live Tour. She released her debut album titled The Power of Love on 24th March 2014 which reached #1 on the UK Albums Chart.

Bailey went on her first headline tour for the support of her album in January and February 2015.

Samantha Florence “Sam” Bailey was born on 29th June 1977 in Bexley, London, England. She is the daughter of Ronnie Bailey and Jackie Bailey. Her father, Ronnie died in 2008 from oral cancer.

Bailey has two brothers; Charlie Bailey and Danny Bailey. She grew up in Sidcup, London with her siblings.

She studied at Cleeve Park School and then moved to Bexley College. She was always interested in music and wanted to become a musician someday. She had good vocals even when she was a child.

Bailey told in an interview with Daybreak that she would quit her job as a prison officer. She worked professionally as a prison guard during the time.

Her single, Too Late was released online by The Sun on February 11, 2014, and was reported that it could be released as a single. She worked several years as a singer working on cruises before appearing on The X Factor.

In 1996, Bailey and her friend Julie Nunney formed the “ska” duo Girls Next Door. The duo recorded their first song titled “Too Late,” which was produced by Right Said Fred bassist Clyde Ward.

It was reported that Simon Cowell heard the song but turned the duo down because they were not on television. But, Bailey later said that the story was not true.

Bailey started her musical career in 2013, auditioning for the tenth series of the singing reality show, The X Factor. She sang Beyonce’s  Listen in the room audition. For her excellent vocals, she received a standing ovation from all the four judges with Gary Barlow calling her voice “incredible”.

In the arena audition, she sang Who’s Lovin You originally by The Jacksons. She received four 'yeses' and another standing ovation from the audience and Nicole Scherzinger bringing to tears.

She was then mentored by Sharon Osbourne and was placed in the “over 25’s” category at boot camp. Eventually, she made it through to ‘judges’ house” and Sharon chose her for the live shows.

Bailey soon got the nickname “Screwbo” which is formed by the word “screw”- the name given to prison officers, and “SuBo” as her audition reminded of Susan Boyle’s Britain’s Got Talent back in 2009.

Subsequently, Bailey became the last over 25 in the competition. Gradually on 8th December, Sam made it to the finals. On the 14th of December, she sang a duet with Judge Nicole Scherzinger which was memorable.

The following night, Bailey sang a cover of Demi Lovato’s “Skyscraper” which left her as the winner of 2013 The X Factor. She received more than a million votes during the weekend and was finally announced the winner.

As per the deal, Sam received a $1.3 million recording contract with Syco Music and also the great opportunity to support Beyonce on the UK leg of The Mrs. Carter Tour in February 2014.

Sam Bailey's Net Worth and Salary

Sam Bailey's net worth is over $1 million at present. She has good earnings from her work. She received a $1.3 million recording contract with Syco Music after winning the tenth season of The Voice.

She lives in a beautiful mansion worth millions. She recently spent around $170,000 for the extension of her house. She added an extra bedroom with a hatch into the loft with a drum kit and den for her daughter.

Bailey lives in Leicester with her husband and children. She is married to Craig Pearson and has three children.

She first met Craig in 2002. She admitted that her relationship with Craig has come under strain after her win in “The X Factor” and completion of her tour.

The pair tied the knot on 29th January 2003, in Las Vegas. The couple is blessed with three children; Tommy, Brooke, and Miley.

She announced that she was 10-weeks pregnant with her third child on 6th March 2014. She tweeted her first ultrasound scan, alongside the caption "Hey everyone...... Meet peanut!!!"

She gave birth to a baby girl called Miley Beau on 10th September 2014. Her former mentor and friend Sharon Osbourne is the godmother of Miley. Her fans were really upset that after giving birth to Miley she had suddenly departed from her music career.

In October 2014, Bailey announced via her Twitter account that she was suffering from Bell’s palsy after the birth of her third child Miley Beau.

Bailey is a huge fan of her local football club, Leicester City.  She recently announced that she and her husband are planning a trip to New York without their children to renew their wedding vows.

Sam currently lives in Leicester with her husband Craig and their three children named Tommy, Brooke, and Miley, as well as Molly who is their deaf Springer Spaniel.  A deal to publish Sam autobiography was announced in June 2014.

Her autobiography will be released in November 2014. Sam’s other information can be found on sites like Twitter and wiki.

Sam  But she has confirmed that it will not lead to divorce and that she will keep the bond strong with Craig.