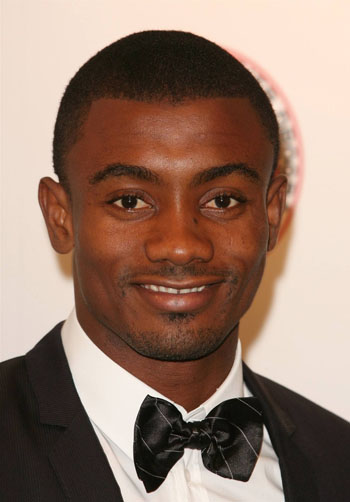 Salomon Armand Magloire Kalou AKA Salomon Kalou is the name of an Ivorian Professional footballer who plays as a forward in the field. Salomon Kalou was born in the year 1985 August 5 at Abidjan, Cote d’Ivoire. He has the height of 184 cm and body weight of 77 Kg. Kalou has ten siblings from the same mother. He has two brothers and eight sisters. His brother Bonaventure Kalou is also a professional footballer. Besides being a football player, he is also an active social worker. He has opened the Kalou Foundation for the social welfare. He wants to help the needy who are lacking to have the facilities due to the reason of youth, age, disability, financial hardship, social circumstances or any other disease causes. Salomon Kalou is dating a girl. He is in relation with a half Puerto Rican, half Somalian model named Njah Wakil.

Salomon Kalou is a right-footed striker whose market worth is 8.000.000 Euros. According to the 2012 salary statistics record, his salary is mentioned to be 3.12 million Euros. As of 2018, his net worth is $11 million. His current market value is £3.15m. His highest market value was £13.50m in 2009. The agent for this talented Forward is Juzzt Football. Salomon Kalou is in the Current Team of French Club Lille OSC from squad No.8 and in the Ivory Coast National Football Team playing as the Forward in the field from the team.

Kalou is a talented striker. He has the blistering pace in the game. He is the energetic and enthusiastic player having the packs of stamina and strength within leading him to efficient speed in the game. Thus, he is the player who seems perfect for the counter attacks in the match. He loves to play with a ball. He is happy to take on players and goes on counter attacks due to his speed in the match. However, he fails to turn the shots into goals at recent times.

Salomon Kalou started his youth career from his native club ASEC Mimosas at the very young age. In the year 2003, Salomon made his professional debut from the club Feyenoord. He won the Johan Cruijff Award while he was in Feyenoord for being the most promising young talent on that season. He remained in Feyenoord until 2006 playing in 69 matches with 35 goals scores. During his tenure at Feyenoord, he was loaned to Feyenoord’s “satellite Club” Excelsior Rotterdam. He appeared in 11 matches bagging 4 goals from the team.

After the successful and impressive debut and time at Feyenoord, Salomon moved to English Club Chelsea in 2006. He won the hearts and attention of many fans and club by his hard work, learning willingness and performance in the game and trainings. Being in the team of the world famous footballers, he explained his happiness as “This was the dream moment of my life and I did not want to wake up and find that it was not real.” Salomon Kalou had a wonder time at Chelsea that gave the boost in his career.

He appeared in 156 matches from the club with 36 goal scores. After the end of his contract with Chelsea in 2012, he joined the French side Club Lille. He is in the club from nearly two years. He has played in 66 matches from the club with 30 goal scores so far. His performances in the matches until this time have given him with various awards and titles. He is in the National Team of Ivory Coast since 2007. He has represented his nation in 64 matches making the goal scores counting 23 so far.