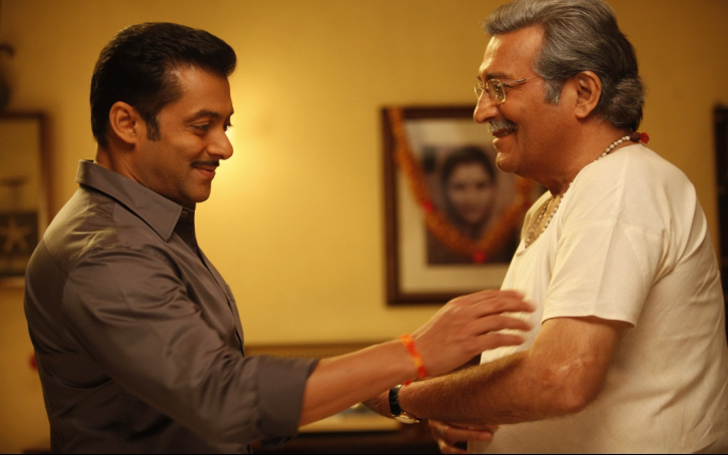 The angry and romantic actor of 90’s, Vinod Khanna has been reportedly admitted to sir HN Reliance Foundation hospital in Mumbai on Sunday. VINOD KHANNA IN HIS EARLY DAYS

The 70 years old actor who debuted in 1968 has worked in 141 films in the Indian cinema till date. A picture was found circulating the internet where a weak Khanna was seen standing with supports of his wife and son Rahul Khanna.

Salman Khan who regards Khanna as one of his mentor came midnight to visit the ailing Khanna. Salman and Khanna shared screen spaces in some of their biggest commercially and critically successful movies. Dabbang, with its sequel Dabbang 2 and wanted are some of the duos greatest hits.

Khanna’s son Rahul stated, “Dad was hospitalized for severe dehydration. The situation was quickly brought under control, he’s doing much better and the doctors are looking to discharge him soon. Our family is most grateful for the extraordinary care he’s been receiving at the hospital and we are touched by all the good wishes pouring in."

Amitabh Bachchan with whom Vinod Khanna shared many of his works tweeted about him in a mysterious way. Does he mean he is already dead?

T 2486 - Strange is it not, that the passing of the near and dear and colleagues, coerces one to start questioning one's own longevity ! pic.twitter.com/Bm6KMFSKTt

Many actors and actresses from the film industry have sent their best wishes and get well soon messages to Khanna and family. We wish him a speedy recovery.