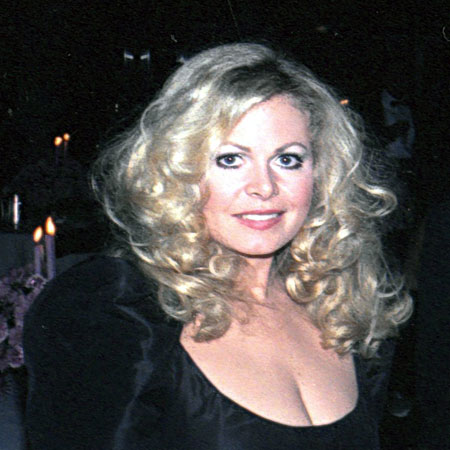 Emmy-winning actress, Sally Struthers is best known for her role as Gloria Stivic in the CBS popular sitcom TV series, All in the Family.

She is also recognized as a voice artist, spokeswoman, and activist. Struthers is active in the entertainment fraternity since 1970, appearing in several TV series and movies.

The actress played numerous roles in box office hit movies like The Getaway and Five Easy Pieces. Some of her other successful projects are Baadassss and Intimate Strangers.

All in the Family: 20th Anniversary Special, and Gilmore Girls: A Year in the Life. The actress is once a married woman and has also one child.

Sally Struthers was born Sally Anne Struthers on July 28, 1947, in Portland, Oregon, the U.S. She is American and belongs to the White-American ethnicity. She is the daughter of Margaret Caroline (née Jones) and Robert Alden Struthers, a surgeon.

Struthers's father left her family when she was around nine years old. So, she and her sister, Sue Struthers was raised by her mother only. Her maternal grandparents were Norwegian immigrants.

Sally Struthers made her acting debut in the 1970s appearing in Five Easy Pieces in a small but memorable role.

She rose to prominence after being cast as Gloria Stivic on the CBS sitcom, All in the Family. She was first noticed by show producer, Norman Lear while Struthers was dancing on The Smothers Brothers Comedy Hour.

The series had a shaky start but later became the biggest hit on CBS  with millions of viewers. Struthers won two Emmys for her role as Gloria in 1972 and 1979.

Also, she won three Golden Globe Awards for Best Performance by an Actress in a Supporting Role in a Series, Miniseries, or Motion Picture Made for Television nominations in 1973, 1974, and 1977.

Struthers reprised her role, Gloria in two other series also, the short-lived Archie Bunker's Place (1979) and Gloria (1982). In 1990 she was a semi-regular panelist on the revival of Match Game and guest-starred in Win, Lose or Draw.

The actress lent her voice to a number of animated series including The Pebbles and Bamm-Bamm Show, TaleSpin, and Dinosaurs. In the late 1990s, she worked in the stage production of Annie at Atlanta and also in the national tour of the production. Since the early 2000s, she appeared at the Ogunquit Playhouse, in Ogunquit, Maine.

Portrayed the character of Louise Segar

Sally Struthers portrayed the character of Louise Segar in Always...Past Cline in 2012 and  9 to 5: The Musical, as Roz Klein.

She toured in the 50th-anniversary production of Hello, Dolly! in 2014 where she played the role of Dolly Levi.

In the Best Interest of the Children (1992), and others. In 2016, she was cast in Gilmore Girls: A Year in the Life along with Lauren Graham, Alexis Bledel, Scott Patterson, and Kelly Bishop.

Sally Struthers has an estimated net worth of $6 million in 2022 as per celebrity net worth.  She collected such hefty money from her acting career.

In 1972, the actress appeared in the movie; The Getaway which became the box office hit grossing over $36 million worldwide, made under the budget of $3.3 million. Similarly, her other movies also did a satisfactory job at the box office. In the movie, she shared the screen alongside Steve McQueen, Ali MacGraw, Ben Johnson, and Al Lettieri.

Her other commercially successful movie was Five Easy Pieces which collected a whopping box office collection as it grossed over $18 million against its budget $1.6 million. In the movie, she shared the screen alongside Jack Nicholson, Karen Black, and Susan Anspach.

Struthers also worked in the series All in the Family for seven years from which she surely got paid a good amount. It is the first series that topped the Neilsen rating for five consecutive years and is also ranked the fourth-greatest show of all time by the TV Guide.

Sally Struthers is reportedly single at present but, previously she was married to William C. Rader, an American psychiatrist.

The duo tied the knot on December 18, 1977, at an intimate ceremony in the presence of their close ones and family members.

Struthers's husband Rader co-wrote one of the episodes of her series, All in the Family in 1977 and was also involved in her negotiations with TV executives.

The pair shares a daughter, Samantha Rader who graduated with a degree in Cognitive Science in 2001 from Vassar College.

The couple divorced on January 18, 1983, in Los Angeles. However, after the divorce, they still keep in touch with one another.

Struthers refers to Carroll O'Connor as her best friend and mentor who guided her in acting. In the 1970s, she refused the offer of  Playboy magazine.

A spokesperson for Christian Children's Fund

Struthers was a spokesperson for Christian Children's Fund (later renamed ChildFund). She is also a s sociated with  the International Correspondence Schools in TV ads with a famous pitching line,

Her activism was satirized in episodes of different popular TV series like Grey's Anatomy, In Living Color,  South Park, and in the song, Voices in my Head by Denis Leary.

In 2012, she was charged with driving under the influence and posted $160 bail.