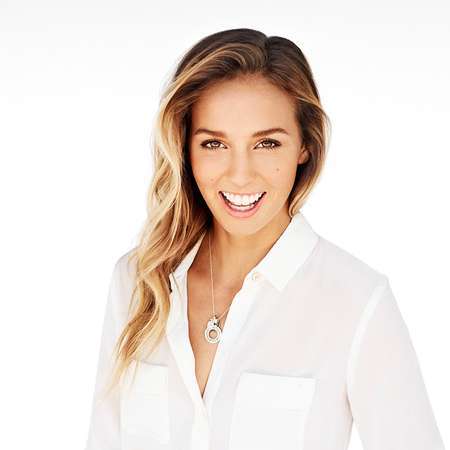 Sally Fitzgibbons, a professional surfer  was born on 19 December 1990 in Gerroa, New South Wales, Australia. She is Australian by nationality and ethnicity. She began her career as a surfer from the age of 14 and participated ASP Pro Junior (female under 21) open event in which she won. In 2006, she won Icon All-Girls Open Event Lennox Head at the age of 16. In many events, she represents her country Australia and won in the various field, including athletics.

Sally Fitzgibbons won gold at the 2007 Australian Youth Olympic Festival in different sports such as touch football, 800m and 1500 m, Surfing, cross-country running and soccer while she was studying at Kiama High School.

Sally Fitzgibbons was the youngest surfer to ever won Asociation of Surfing Professionals under the age of 21 in 2004 and was second at the same time in the World Qualifying Series Billabong Easter Girls Festival. She has managed to set a number of records in ASP 2007 and 2008. In 2005, she represents Australia at the International Surfing Association (ISA) and won the second place in World Surfing Titles under 18.

Sally Fitzgibbons, at the age of 16, went to Portugal and participated for the ISA U18, for which she won her first world title and even won both ISA World Games Open Title and Billabong ASP U21 World Title.
Fitzgibbons, through World Qualifying Series, attempted to reach the Women's Elite World Surfing Tour and sets a record in first 5 events and became the youngest World Surfing Tour qualifier in ASP history.

Sally Fitzgibbons was the runner-up in three in Association of Surfing Professionals women's world tour events and closed the year becoming runner-up in 2010, ASP Women's World Tour Title.Fitzgibbons defeated Carissa Moore and won her first ASP World Tour event on 23 April 2011 in Rip Curl Women's Pro at Bells Beach. In the final of the Subaru Pro in Taranaki, New Zealand, she once again defeated Carissa Moore and won her second ASP world tour event, which has led her to become world's top-ranked female surfer on 23 April 2011.

On August 2011, in the US Open of Surf in California, she defeated Lakey Peterson and won for the third time in the ASP world tour event. Fitzgibbons was fifth on the 6th December 2011 Surfer Poll Awards, by SURFER Magazines. The same she won the 6-star event Swatch Girls Pro France.

In February 2012, Sally Fitzgibbons defeated the 2004 World Champion Sofia Mulanovich and won the first ever Australian Open. As a result, she is the first person to ever hold Australian Open and US Open at the same time.

Sally Fitzgibbons defeated four times world champion Stephannie Gilmore at the Rip Curl Pro final and was the back-to-back winner at the Bells Bech, Australia. Sally Fitzgibbons won the Billabong Rio Pro defeating Coco Ho in the final on 13 May 2012 in Brazil.

Sally Fitzgibbons is 5 ft 7 in (1.70 m) in height and 59 kilograms (130 lb) in weight. Her net worth is estimated to be $1 million with a huge perk of salary. Fitzgibbons' brand partners are Samsung, COCO JOY, XDUBAI, Canon, Piping Hot, Novotel, FCS and Land Rover.

On November 2015, it was confirmed that Sall Fitzgibbons is engaged to her boyfriend Trent Merrin, who is NRL player, a sports personality. Merrin proposed her on the side of a beach and Fitzgibbons confirmed this by posting a photo of the duos and captioned it only with a “YES.” Until now, there is no news on the couple getting to married but however, we do believe that will occur soon.