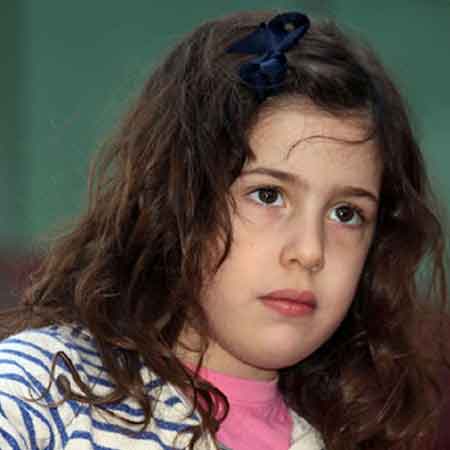 Sadie Sandler is a celebrity kid who gained wide attention as the daughter of American actor, Adam Sandler. The 13-year-old child actor also has followed her father's footsteps as well as made her way into both movies and TV shows. She is known for her work in Grown Ups (2010), Just Go With It (2011), Jack and Jill (2011). She started acting when she was barely two years old with the 2008 movie, Bedtime Stories.

Who Is Sadie Sandler?

Sadie Sandler was born Sadie Madison Titone-Sandler on May 6, 2006, in Los Angeles, California, USA. She is the first daughter of actor Adam Sandler and actress, Jacqueline Titone. She has a sister, Sunny Sandlers, born November 2, 2008.

Sadie developed an interest in acting when she was even a toddler. Once her father said that while she was just four years old she use to woke up early and packed her bag to get for work (making the new film). He also added that her daughter want to visit him on set.

Sadie Sandler started her acting career at the age of 2 in 2008 in the movie, Bedtime stories as the Sweetest Medieval Girl of All Time.

What Is Sadie Sandler's Net Worth?

Sadie Sandler is one of the rising stars in the industry with an acting background. She is just 13 and has already bagged a role in many movies and TV shows. Though it is a little bit unclear what is the exact net worth of the emerging talent, there is no doubt that she obviously received a good payment from the projects.

On the other hand, her doting father, Adam Sandler is one of the richest Hollywood actors with an estimated net worth of $420 million, according to celebrity net worth. The actor is paid around $20 million per movie.

Sadi Sandler is just 13 years old. As of now, the rising actress is not involved in any kind of relationship, focusing instead on making more brighter the way she is embarked today.

Her parents prefer to keep Sadi and her sister, Sunny Sandler away from the paparazzi. She loves bike riding with her father. n