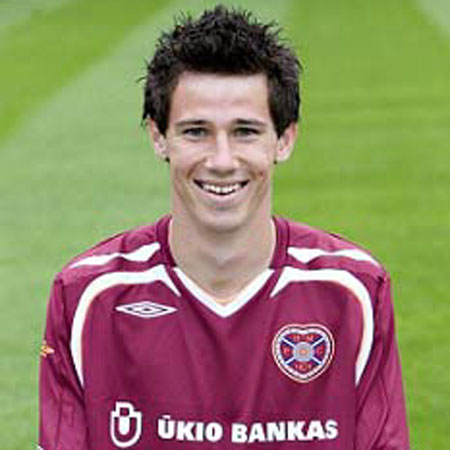 Born in the year 1989 August 15, Ryan McGowan aged 24 years old, is the name of an Australian Footballer who plays in the current team of Chinese Super League Club, Shandong Lunen Taishan in squad No.4 and in the first team of Australian National Team as a defender. Ryan McGowan was born in the city of Adelaide of the nation Australia.

He owns the height of 191 cm and body weight of 74 kg. The proud parents of Ryan have another son, a younger Sibling to Ryan, Dylan McGowan who is also a footballer and plays for the club Heart of Midlothian F.C as a midfielder from squad No.5. Parents of Ryan are of Scottish origin who moved from Glasgow to Adelaide.

Ryan started his professional debut from the year 2006. However, there is no statistical record of his salary. However, this right footed is central defense reserves the market value of 800,000 Pounds. The agent of this player Wortmann Sportmarketing.

Ryan McGowan started his youth career joining at Para Hills Knights in the year 2001 and moved to South Australian Sports Institute (SASI) later in 2004. Ryan debuted his professional career from the year 2006 from Para Hills at the age of 17. He appeared in 10 matches bagging a goal for the team. In the same year 2006,

Ryan moved to Heart of Midlothian in his young age career and was promoted to the first-team in 2008. He became the captain of the 19 squads from the team. Apparently, Ryan signed the five-year contract with the club. After just the one first-team appearance, Ryan was loaned to Ayr United at the start of 2009-10 season. He played 27 matches bagging a goal for the club.

In 2011, Ryan was loaned to Patrick thistle where he appeared in 8 matches. He appeared in 57 matches from Hearts scoring 2 goals for the team. After the release from the contract, he made a move to Chinese Super league Club Shandong Lunen Taishan in 2013. It has been more than a year that he plays in this team appearing in 30 matches so far scoring a goal.

Ryan McGowan is a young energetic and talented Defender for his team whether it is in the club or in the National Team. Ryan Mcgowan is a skilled footballer having good speed and vision in the game. This young defender is grown in Australia so this concludes his schooling must have been in Aussies however, there is no any strict evidence. Ryan McGowan is the famous name amongst the youngsters of Australia. He might have good ladies fan following but despite this fact, there is no information on his love life. Which means there is hope for his ladies fans.