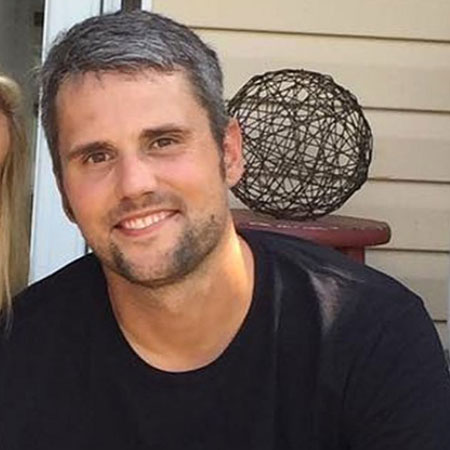 Ryan Edwards is an American reality star and television personality on MTV's Teen Mom for season 1 to 4 and rejoined the reality TV world with the revival of Teen Mom OG in 2015.

Ryan Edwards was born on 3rd Jan 1988 to his parents Jennifer Edward and Lawrence Edward. He is of American nationality and belongs to white ethnicity.

Ryan Edwards became famous after he made his appearance in 16 and Pregnant on season 1, first episode. Edward met Maci Bookout, the to-be 'teen mom.'

Edward appeared on MTV's Teen Mom from season 1 to season 4. In 2014, Edward posted that he is doing a new job working on power lines in Georgia. The following year, he rejoined the revival of Teen Mom OG.

Ryan Edwards earns a decent amount of money from his career as a reality star. He made more than $100,000 per season from Teen Moms. As he has appeared in a various season of the show, Edwards total net worth is estimated to be $500,000.

Ryan Edward dated Kiki Cooper, who starred in three seasons of MTV's Are You The One. They both met on Twitter.

He was previously engaged to Maci Bookout, a reality star. The pair also shares a son, Bentley Cadence Edwards(born 2008). The pair first met on the reality show Teen Mom. During the time, Maci Bookout was only fifteen years old. The couple separated after one year of marriage.

Even after separation, on 23rd March, Bookout filed for an order of protection against Ryan Edwards, as he has threatened Bookout on various occasions. Edward sent voicemail messages threatening to come up and take their son Bentley back.

US Weekly confirmed that Maci filed that order against Edward and listed herself with her husband, Bentley and two children. Bookout also mentioned in the filing that in 2017 May, Edwards came in her son's baseball game under the influence of heroin and threatened to hurt her.

The couple together has welcomed a son whom they have named Jagger Edwards on October 8, 2018. Since their marriage, the couple is living a happy life together and there is no sign of them getting a divorce.