Ryan Biegel is an American producer and actor. He is famous for working as a producer in the adventure-mystery Expedition Unknown. He also has worked as an a s sociate producer in the television series United Shades of American and Top Chef.

Along with his successful career, Biegel is also leading a happy married life with Katie Lee, a cookbook author, and novelist.

In 2015, Ryan Biegel started working as a producer in the television series Best Bars in American. From 2015-2016, he worked in Tia Mowry at Home.

In 2016, Biegel was a producer in many other TV projects like All-Star Academy, United Shades of American, and Beach Bites with Katie Lee. From 2017-2018, he worked in Expedition Unknown.

His other TV shows are The Real Housewives of New York City and Mummies Unwrapped.

What is his Net Worth?

The 6 feet 3-inch-tall actor, Ryan Biegel has an estimated net worth of $500 thousand, as of February 2020. The majority of his wealth he has mostly collected from his work on TV. The average salary of a TV producer in the US is around $64,370.

On the other hand, his wife Katie Lee has a net worth of $10 million, according to celebrity net worth. Lee is one of the prominent authors and has published numerous books and novels.

Where The Couple Lives?

The novelist purchased the 6,325-square-foot property for $3.5 million back in 2011. Built-in 2010, the house features a seven-bedroom. Inside, it has a double-height foyer, fireplace, and wet bar.

Ryan Biegel tied the knot with Katie Lee on September 1, 2018. The couple held their wedding ceremony at Lo Tommaso Allo Scoglio in the seaside village of Marina del Cantone on Italy's Amalfi Coast. 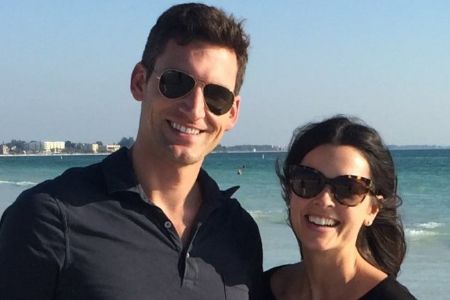 On February 26, 2020, Ryan Biegel and Katie Lee announced that they are expecting their first child.

Lee announced the news via her Instagram account posting a photo with a caption: "Eating for two Baby Biegel is on the way!" 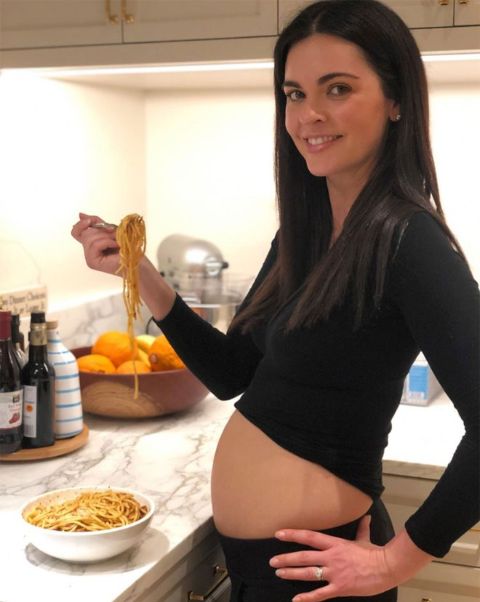 Lee also went through an infertility problem back in 2019. She previously underwent surgery to correct a problem.

Talking about her struggle with pregnancy, Lee wrote,

We were trying, I had to have surgery to correct a problem, got an infection, then I was so run down I got shingles. My doctor advised us to try IVF. We just finished the intense process only to get zero healthy embryos. Not only is IVF physically exhausting, the emotional toll is unparalleled. We were filled with hope and excitement only to be crushed.

As soon as Katie shared her problem, her well-wisher and many other known celebs like Geoffrey Zakarian and Daphne Oz encouraged her by their messages and also congrats to her growing family.

Besides, Lee was previously married to singer-songwriter, composer, and pianist Bill Joel from 2004 to 2010.

Ryan Biegel was born on December 29, 1981, in Florida, the United States of America. He belongs to the American nationality and is white by ethnicity.

Biegel is the son of Pete Biegel and Alice Biegel. His father worked in the Northern trust while his mother was a Sarasota County School teacher.

He grew up in the Sunshine State with his three siblings, a sister Nicole Biegel, and two brothers Kevin Biegel and Rob Biegel.