Roy Jeff, who publicly accused his father, Warren Jeffs of sexual abuse, has died. Roy Jeffs, born Leroy "Roy" Jeffs was found dead in Salt Lake City, Utah on Friday, 31st May. He was 26-would have turned 27 on June 5.

Roy's half-sister, Rachel Jeffs confirmed his death where she also revealed her brother died from suicide. Rachel blamed their father for his death, according to The Salt Lake Tribune. Rachel told,

Father didn't love him. [Roy] knew it. All of us knew it. We all go told Roy was a bad boy.

He did not allow Roy to grow up with his siblings, and he kept him hidden in houses of hiding most of his growing up life, telling the family that Roy was a bad boy and tried to turn us against him.

Their father, Warren, was sentenced to life in prison after he was convicted of two counts of child sexual assault. In 2015, a year after he left FLDS, Roy accused his father of molesting him as a child. 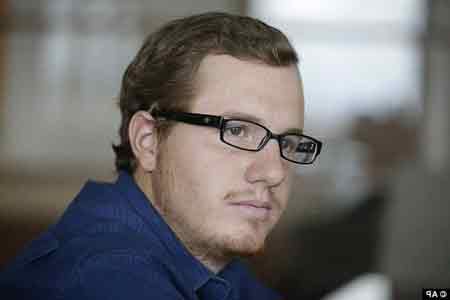 Roy told CNN that one of his earliest memories was his father molesting him. He added he was 4 or 5 years old when his father Warren abused him, saying, "You should never do this."

Warren was already behind the bars when Roy accused him of sexual abuse. He was imprisoned after he was convicted of sexually abusing two teen girls he married, whom he said his "spiritual wives." According to People, Warren has fathered over 50 children.