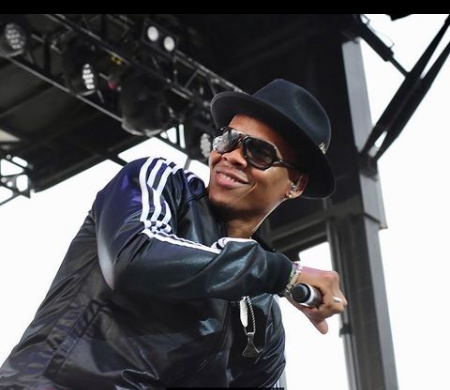 Ronnie DeVoe is an American rapper widely famous as a member of the R&B/pop group New Edition, and the R&B/hip hop group Bell Biv DeVoe. Some of his famous songs include Can You Stand the Rain, If It Isn't Love, Heart Break, and Cool It Now,

Ronald Boyd DeVoe Jr was born in Boston, the United States on November 17, 1967. His mother's name is Flo DeVoe, while his father's identity hasn't been revealed yet. The rapper hails from an Afro-American ethnicity and holds American citizenship.

As of 2021, the Poison rapper is 53 years old and stands 6 feet tall. Regarding his academics, he completed his high school at Newton North High School.

What Is He Known For?

American rapper Ronnie was pa s sionate about music and singing since his childhood. He started rapping in a group New Edition with his mates Bobby Brown, Ricky Bell, Micheal Bivins, and Ralph Tresvant.

His uncle Brooke Payne made his contacts with the group and he was the choreographer of the group. The group went to the talents show and stood second in the show, which resulted in a contract with the music producer Maurice Starr. After being affiliated with Maurice, New Edition took a hype and was a famous boy band in the 1980s. Unfortunately, in 1990, New Edition's journey had to be stopped due to some dispute among the group members.

Following that year, former members of New Edition including, Ricky Bell, and Micheal Bivins decided to form another group titled Bell Biv DeVoe in 1991. In the same year, the group debuted their album, Poison, and sold more than 5 million copies in States. After a gap of two years, they released their second album, Hootie Mack. Later in 1996, Ronnie reunited with the former group New Edition, and dropped a new album, Home Again, and had a world tour with New Edition, which was ended in 1997.

DeVoe and the group released their third album BBD, in 2001 and their fourth album, Three Stripes, in 2017. Ronald was not only destined for the music industry, however, he was destined for bigger screens and appeared in the American reality Tv series, The Real Housewives of Atlanta.

Net Worth In Millions!!

As of September 2021, the rapper's exact net worth hasn't been revealed yet, however it is speculated to be around $15 million. His primary source of income is derived from his successful career as a rapper and some parts of social media. Also, he is the co-founder of the Atlanta real estate agency, DeVoe Broker Associates.

According to Influencer marketing hub, the rapper's estimated earning per post ranges from,$1,837.5 - $3,062.5, with an engagement rate of 0.7%, through his Instagram account, with more than 615k followers 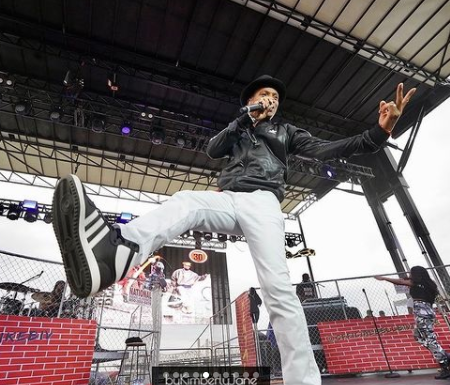 CAPTION: Ronnie's net worth is estimated at around $15 million. SOURCE: Instagram:@bigrondevoe

On the other hand, his wife Shamari DeVoe, American Singer, and actor has an estimated net worth of $5 million. She earns her money through her successful career as an actor and singer.

A 53-year-old rapper is a married man. He is married to Shamari DeVoe, a singer, actress, and dancer. She is widely recognized as the lead singer of pop band  R&B, Blaque. The couple met for the first time at the Janet Jackson Icon Awards in 2001. 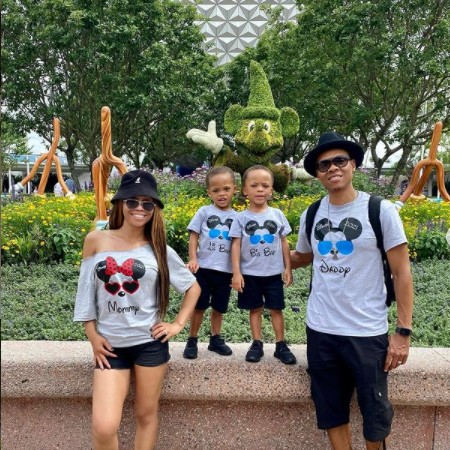 CAPTION: Ronnie DeVoe with his wife Shamaria and their kids SOURCE: Ïnstagram:@shamaridevoe

The couple tied the knot on March 10, 2006, and was blessed with twins son Ronald III and Roman Elijah. The duo often posts their pictures with kids and expresses how they mean to each other and how much they are blessed with their kids.

Currently, the duo happily resides in Atlanta, Georgia, with his family.