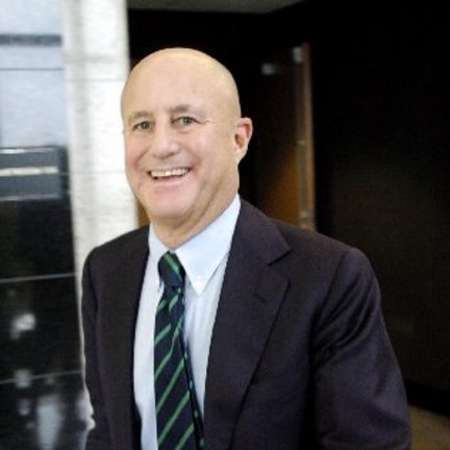 Ronald Owen Perelman was born on January 1, 1943 in Greensboro, North Carolina, United States to Ruth and Raymond G. Perelman. He is of White ethnicity and of American nationality. His father is the billionaire Founder, Chairman and CEO of the RGP Holdings. He had a tough relationship with his father. Ronald was already in the business arena at the age of 11 when he sat at his father’s board meetings. Ronald was raised a Jewish.

Ronald went on to study in Wharton School of the University of Pennsylvania and majored in business. Ronald went on to graduate in 1964 and completed his master's in 1966.He along with his father, went on to buy the Esslinger Brewery for $800,000 in 1961. He went solo and purchased Cohen-Hatfield Jewelers in 1978. He then went on to nab MacAndrews & Forbes which is a distributor of licorice extract and chocolate. He has also made deals with Revlon Corporation, Sunbeam products and more.

Ronald has married many times. He is known mostly for his wrecked marriages. Ronald was first married to Sterling Bank heiress Faith Golding. The couple met while Ronald was on a cruise to Israel. They were married in 1965 and adopted three children named Steven, Josh, and Hope, and additionally Faith gave birth to a fourth child named Debra. Due to infidelity on Ronald’s side, they divorced in 1984. The divorce was all over the news but was settled for $ 8 million being paid to faith. He then went on to get married to gossip columnist Claudia Cohen in 1985 and the couple had a daughter named Samantha. Their divorce was finalized in 1994. He then wed socialite Patricia Duff in 1995. They gave birth to Ronald’s fourth daughter named Caleigh Sophiaand. They later divorced in 1996. He went on to marry his fourth wife, actress Ellen Barkin in 2000. They met at a Vanity Fair Oscar after party in 19999. He then went on to file for a divorce in 2006.  On October 13, 2010, Perelman got married to Dr. Anna Chapman. Chapman is a Harvard-educated psychiatrist. The couple got a baby in 2010 through surrogacy. They also had a second child in May 2012. Ronald has had five marriages and has 8 children.

Ronald is currently 73 years old. He is aging quickly. His net worth at present is estimated to be $13.5 billion. He is earning a huge salary and profit from his firm. His father, a business magnate has honed out the business skills of Ronald and presented a new tyc* * n to the world. He is the 80th richest person of the world and 36th among the Americans. The bio of the famous and rich, Ronald Perelman can be found on various social media sites like Twitter, Wikipedia and more.