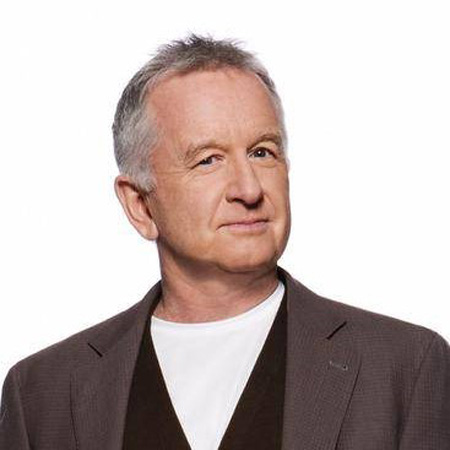 The Canadian stand-up comedian, Ron James is a popular name in the entertainment field. He has featured in several TV series like Blackfly and Made in Canada as well. He has received two Canadian Comedy Awards for his outstanding comedy performance. He also created his own series The Ron James Show which ran from 2009-14.

James was born in 1958, in Glace Bay, Nova Scotia, Canada. He is a Canadian by nationality and belongs to the White ethnicity. As a child, he moved to Halifax with his family. He grew up in Halifax with his parents and accomplished his schooling from there.

James attended Acadia University and studied history and political science with the aim of becoming a history teacher. He went to Toronto and began working with The Second City.

During the early 1990s, James moved to LA and got a spot on a late-night syndicated series produced by Ron Howard’s Imagine TV. After that, he also made a guest appearance on a TV show called Get A Life and Wigs.

James returned to Canada in the year 1993. He turned his longtime experience in Los Angeles into a stage show called Up & Down in Shaky Town: One Man's Journey through the California Dream in 1994.

James has done voice work in animated shows like RoboCop: The Animated Series and Star Wars: Ewoks. He also featured as a headliner on the Just For Laughs Comedy Festival in Montreal. His work with stand-up comedian Bill Connolly played a major role to boost up his career.

James his show called The Ron James Show on CBC Television. The show ran from 2009-2014.

Ron James has earned a decent amount of money from his prolific career. He has maintained a good net worth which as per estimation made by various online sources can be believed to be over $1 million. James also toured to a number of places all over the world promoting his shows which is also the major source of income.

James has made his remarkable appearance in a number of TV series, comedy festivals, and has won several prestigious awards as well.

James has won two Canadian Comedy Awards for Best Stand-up and Best One Person Show. He was awarded for his significant works in his stand-up show called The Road Between My Ears in 2004. The popular comedian has also been nominated for the Bell Media Award for Best Performance by an Actor in a Continuing Leading Comedic Role.

Also See, Late Stand-Up Comedian Ralphie May: How Much Was His Net Worth? His Income Sources And Career Details

James, 61, is a married man. However, this stand-up comedian has not shared more about his ex-wife to the media. They had a private wedding ceremony. As per some online sources, he separated from his wife in the year 2009.

Despite the popularity, he has kept the information regarding his relationships and affairs confidential. He has not mentioned his recent affair after the divorce with his wife. He had no children from his marriage.

James was named as the funniest man in Canada. He has a unique kind of style in his performances. Comedy has proven to be a contradictory career for him.

James loves driving during his free time. He has made a good collection of cars as well. He has earned numerous fan following through his talents.