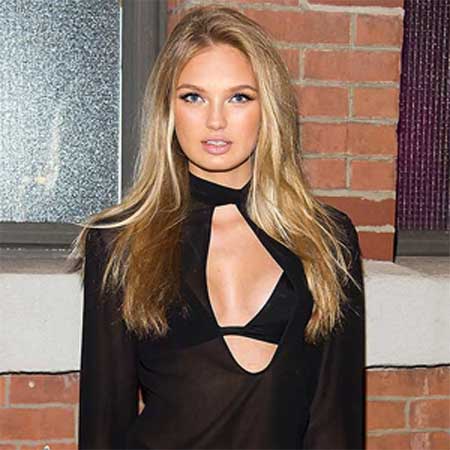 Romee Strijd is a Dutch fashion model, well known as a Victoria's Secret Angel since 2015.

Romee Strijd was born on 19 July 1995, in Zoetermeer, Netherlands. She has a sister named Ise Strijd. Romee Strijd is of Caucasian ethnicity/race and holds Dutch nationality.

Romee Strijd's modeling career began in 2011 when she signed a deal with the DNA Model Management agency. However, on 17 March 2017, she announced through her Instagram that she is now represented by IMG Models Management.

Strijd's modeling career took off in 2014 after she was invited to be one of the newcomers at the Victoria's Secret Fashion Show. The following year, Strijd became Victoria's Secret Angel. Also in 2015, she received the Model of the Year award along with Brandon Fung, a Canadian male model.

Strijd has also made her appearance in campaigns for, Donna Karan, Alexander McQueen, Carolina Herrera, H&M, and Marchesa.

Romee Strijd is dating Laurens van Leeuwen. She has been in a relationship with her boyfriend Leeuween since her her teenage years. The couple began dating in 2009 when Strijd was only 15-year-old.

In an interview where Victoria's secret angel was asked about her wedding plans, she that they have been together for many years and they do plan to get married and have kids in the future. The 22-year-old model is currently in a live-in relationship with her longtime boyfriend, Laurens Leeuwen.

Romee Strijd earns a decent amount of money from her successful career as a model and a Victoria's Secret Angel. She has walked for various famous brands like Victoria's Secret, Calvin Klein and also made her appearance in campaigns which adds up to her net worth that is estimated to be $ 5 million.