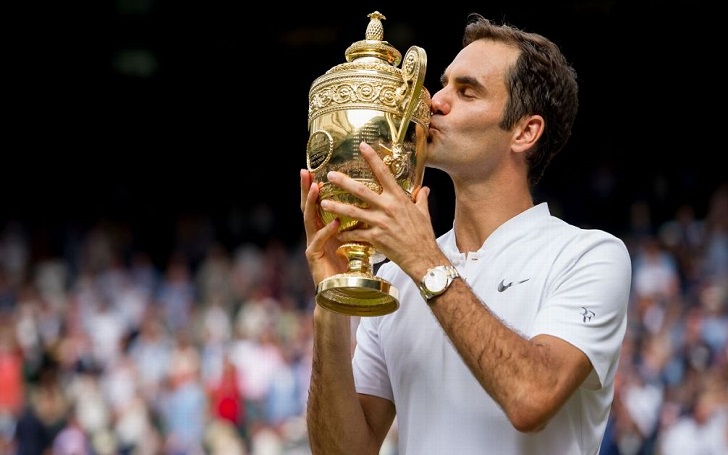 The Swiss third seed, Roger Federer has added another achievement to his illustrious career.

The tennis legend won 6-3 6-1 6-4 while playing against seventh seed, Marin Cilic, making it his 19th Grand Slam title and his eighth at Wimbledon on Sunday in London.

He’s become the oldest man in the Open Era to win at the All England Club.

The record is broken.

While Federer was playing with ease, Cilic struggled with a blister on his left foot and broke down in tears during the second set. 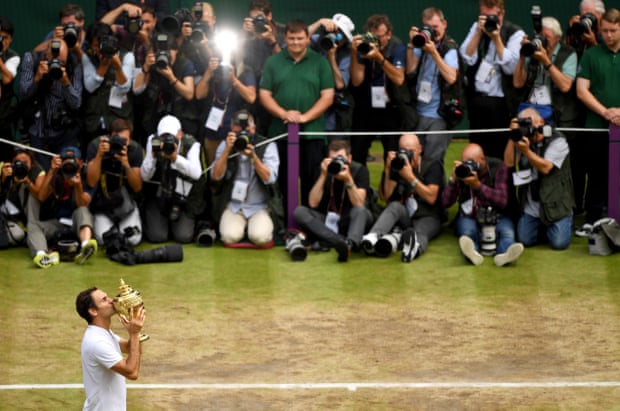 Roger Federer celebrates victory with the trophy as he poses for photographers.

"It is cruel sometimes," Federer said of Cilic's physical difficulties. He added, "But Marin fought well and is a hero, so congratulations on a wonderful tournament."

Federer has won two of three Grand Slam titles so far this year, having returned from a six-month long break to win the Australian Open held in January. 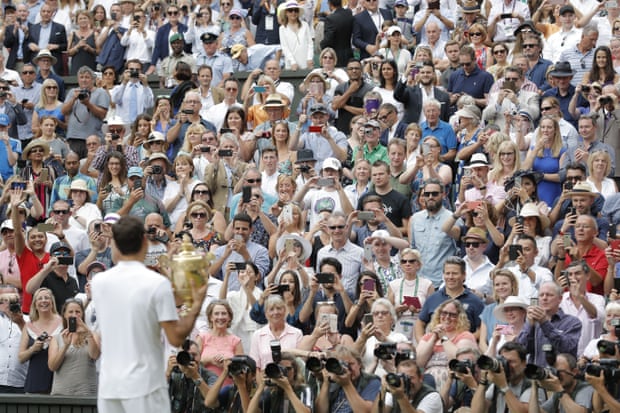 Federer shows the trophy to the Centre Court crowd

With 19 grand titles he extends his lead over to one of the best tennis player, Rafael Nadal in the men's game to four, and now stands joint-fourth on the all-time list with Helen Wills Moody, five behind Margaret Court on 24.