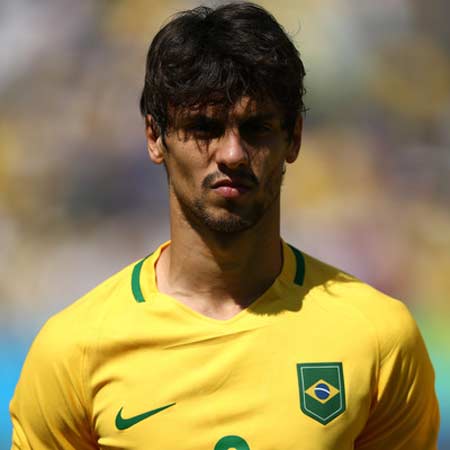 The Brazilian professional footballer Rodrigo Caio showed his versatility playing for both positions as a central defender and a defensive midfielder for the Brazilian professional football club Sao Paulo FC. The footballer socred five-goals in 136 matches for the club. He also represented his country at U-20, U-21, U-23 levels and made his full international debut for Brazil national team in 2016.

At the age of 12, Caio started playing football in the Brazilian side, Sao Paulo youth academy.

Rodrigo Caio made his professional debut with the Brazilian football club Sao Paulo playing as a right back with the responsibility of marking Neymar in a 3–2 victory over Santos FC in the State League. Following his impressive performance in the match, he became one of the prominent players of the team.

After playing as a center back, Caio's manager Paulo Autuori praised him as well as highlighted his superior role to Sao Paulo’s defense. In mid-2014, he suffered a fracture in cruciate ligament while he was playing against Criciuma and was ruled out for seven months. 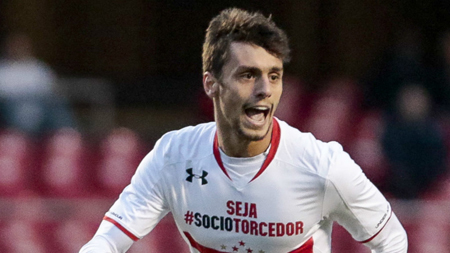 Rodrigo Caio has collected a large amount of money from his football career but the exact amount of his net worth is still under review, but as per some online sources, the footballer's net worth is believed to be more than $1 million.

According to Rodrigo Caio's social media, the player is dating Tayane Carvalho. The couple shares several romantic snaps of them giving us some serious relationship goals.

Though the couple is very private and has not revealed when and how they started dating, their adorable snaps of each other on their official social media speaks a lot about their relationship.

Here is the video of Rodrigo Caio's defensive skills.