Rocky Johnson, the father of "The Rock" 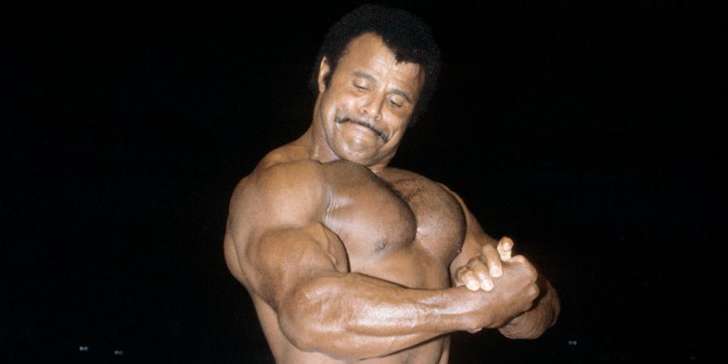 Wayde Douglas Bowles aka Rocky Johnson was born on August 24, 1944. He was a Canadian professional wrestler. During his wrestling career, he became a national wrestling alliance(NWA) Georgia Champion and an NWA Southern Heavyweight Memphis Champion, and he also won many other championships. He and his partner, Tony Atlas were a part of the first black tag team to win the World Tag Team championship in the World Wrestling Federation (WWF). He actually hailed from Amherst, Nova Scotia, where he was raised, he was fourth of five sons of Lillian and James Henry Bowles.When he was sixteen, he moved to Toronto, Ontario, where he began wrestling and worked as a truck driver. Initially, he was trained to be a boxer. American actor and wrestler, Dwayne, "The Rock", Johnson is his son who has also been a part of many American movies. He married Ata Maria, who is also the mother of his three children including Dwayne Johnson.

He began his career as a professional wrestler in the mid-1960s. He was a top contender in NWA in the 70s. He won several regional tag team championships. He won several other titles during his career as a wrestler. Johnson retired in 1991 and started training his son Dwayne to wrestle.At first, he was hesitant in getting Dwayne in the business but later was seen in his son's matches, jumping into the ring on his son's behalf but later got attacked by The Sultan and Ironsheik. He has not been seen on-camera again after the Rocky-Mavia character flopped, but later his son achieved a good popularity as a cocky heel, The Rock. Now his age is 71 years old. The net worth of Rocky Johnson is not disclosed yet.But his son's salary and net worth were estimated to be around $70 million.