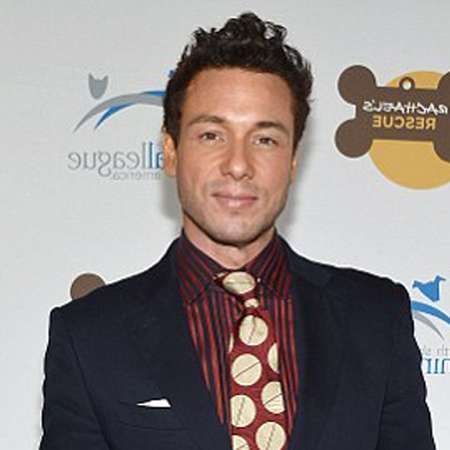 Rocco DiSpirito is an American Chef. He was born on 19 November 1966. Inspired by his mother’s cooking, DiSpirito started learning to cook at the age of 11 in his mother’s kitchen. Today he is well known as a high-level chef and an author and is famous for his fusion cooking, usually consisting of Italian, French and Asian cuisines.

Rocco DiSpirito began his career in culinary in the 1990’s when the Gray Kunz’s four-star French restaurant Lespina s se. In 1995, Rocco opened Dava Restaurant in midtown Manhattan, but the restaurant shut down within 6 months despite many positive reviews. He then went on to open another restaurant, the Union Pacific in New York City's Gramercy Park in 1997. In 1988, he went to work at Adrienne in Hotel Maxim's de Paris (now the Peninsula Hotel) under Jean-Michel Diot and Jacques Chibois. Later, he became Chef de Partie at Aujourd'hui in Boston.

Rocco DiSpirito's innovative cuisines earned DiSpirito stellar reviews from various reviewers. He was named “Best New Chef” by Food and Wine magazine in 1999. A New York Times reporter Ruth Reichl reported that a woman at the next table was moaning in uncontrollable ecstasy as she ate. It was, however, impossible to determine what dish had provoked that reaction, since just about every entree was worthy of such moans. After a newly discovered talent in acting and on-screen filming, DiSpirito departed the Union Pacific in 2004 to pursue his career in culinary shows.

Rocco DiSpirito launched his television career in 2000 by appearing on the Food Network program, The Melting Pot. He was named “America’s Most Exciting Young Chef” by Gourmet magazine in the same year. DiSpirito also attracted a lot of attention, not only by his fabulous cooking but also his good looks. In 2002, he was named “Sexiest Chef” by People magazine. In 2003, he starred in his own reality show, ‘The Restaurant’. The show revolved around Rocco opening a new Manhattan restaurant. The show was canceled in 2004, and DiSpirito was successfully sued by the restaurant's financier Jeffrey Chodorow. DiSpirito was also banned from entering the premises.

Rocco DiSpirito was born in Queens, New York City, New York to Ralph DiSpirito and Nicolina DiSpirito. As a child, he was heavily influenced by his Italian heritage and the traditional dishes his mother cooked. At the age of 16, he attended the Culinary Institute of America in Hyde Park, New York and graduated in 1986. He then studied French regional food and wine for two years at the prestigious ‘Jardin de Cygne’ restaurant in Paris with Dominique Cecillon and Gary Kunz. He also got a Bachelor’s degree in business from Boston University in 1990.

Rocco DiSpirito got married to the then girlfriend Natalie David, but their life as husband and wife soon came to an end as they filed for divorce in the year 2000. After that, he dated actress Yvonne Scio but again split up with his fiancé. Currently, he seems to be dating a model named SenaCech. He currently has a net worth of 4.5 million dollars.