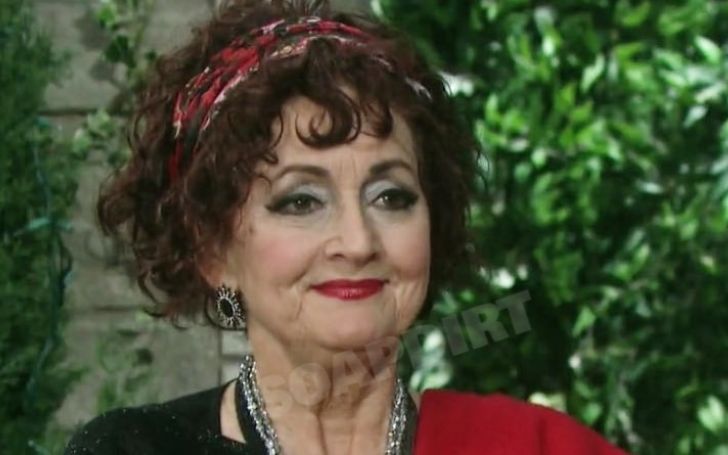 Robin Stra s ser is an American actress who started her acting career in 1964 and went on to appear in over 40 movies and TV shows. She is best known for appearing as Dr. Dorian Lord in One Life to Live and Morgana in McGyver.

Robin Stra s ser was born on May 7, 1945, in New York City, New York, USA, as Robin Victory in Europe Stra s ser under the birth sign of Taurus. She was born the same day Germany surrendered in the Second World War. She was born to her Jewish parents, Martin and Anne Stra s ser. She was raised in Manhattan.

Regarding her educational qualifications, she graduated from the High School of Performing Arts on full scholarship. She then went on to attend the Yale University School of Drama.

Is She Married? Children?

She was first married to her husband, Laurence Luckinbill. They met during her stage career and married in 1965. The pair got divorced a decade later in 1976. During their 10 years long marital relationship, they gave birth to two kids. Their sons are Nicholas, who was born in 1971, and Ben, who was born in 1975.

Following her divorce from Laurence, she started dating Richard Hogan and walked down the aisle on August 27, 1983. The pair were only together for two years. They separated in 1985.

The American actress Robin Stra s ser started her career in the early 1960s after graduating from the Yale University School of Drama. She started out by sharpening her acting abilities in theatre, acting on Broadway.

Her first big role was as Iris Ocasek in the TV series, The Secret Storm. She then went on to appear as Rachel Davis Matthews / Rachel Clark on Another World. She appeared on a total of 351 episodes for the show from 1967 till 1972.

In 1991, she appeared as Queen Morgana in the MacGyver tv series. She went on to appear as Hecuba in the tv series, Pa s sions, Dr. Christina Karras in the tv series, All My Children, and her most known role of Dr. Dorian Lord Vickers in One Life to Live. From her 34 years long appearance as Dorian, she appeared in as many as 667 episodes for the TV show, One Life to Live. She has also appeared as Vivian Alamain in the TV series, Days of Our Lives in 2019.

To date, Robin has had 9 award nominations and 3 wins. She won the Daytime Emmy Awards in 1982 for One Life to Live. In 2001, she received the Outstanding Female Scene Stealer award from Soap Opera Digest Awards for Pa s sions. From her remarkable acting career, she has ama s sed an estimated net worth of around $5 million as of 2021.