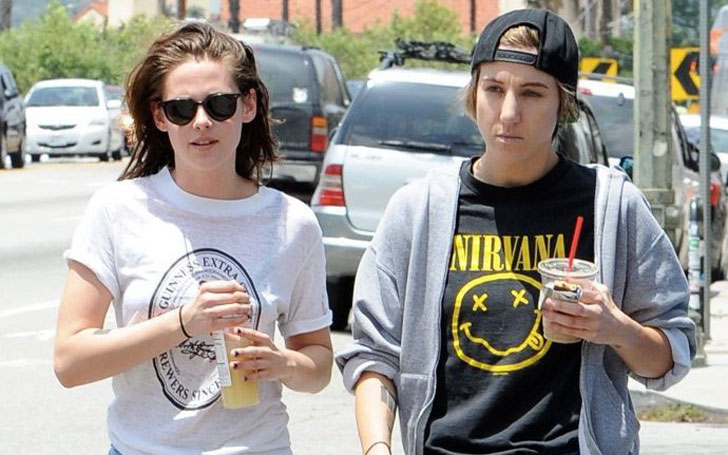 Rumors are spreading about the relationship between Robert Pattinson's ex-girlfriend Kristen Stewart and Alicia Cargile. Kristen andCargilee were spotted sharing Kiss while out for a coffee in California. The couple almost has the same outfits in similar colored jeans and White T-shirts which they paired with their sunglasses. Especially the interesting part is Kristen is dating a woman.

The duo took a romantic trip to France when they were holding hands when they arrived at LA airport and also celebrated father’s day with Stewart’s father.  In Kristen Stewart recent interview she admits that she has discovered a new way of her a life and not feel like she’s hiding at all.

Kristen Stewart is an American actress. Stewart’s first started her role at age of 14 in the children’s action-comedy. Alicia is an American visual effects producer. Alicia has been active in the production industry since 2010.

Kristen said she never hesitates to hold her hand in public. They broke up and Kristen then hooked up with some other guy and again they are back together. Their breakup totally worked.

Reports claims that Kristen is open about her sexuality and she said “if you feel like you really want to define yourself, and you have the ability to articulate those parameters and that in itself defines you, then do it.