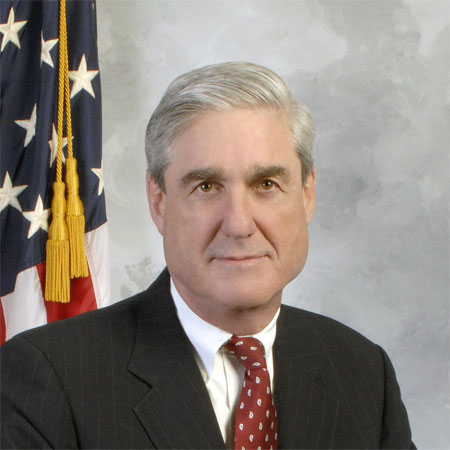 American attorney Robert Mueller is loved by many for his courageous investigation against the current president Donald Trump and his coordination with the Russian government and individuals. For his examination, Mueller was criticized by the president Trump and was also reported to be fired.

Former military man Mueller has served in FBI as the 6th director. Also, he worked in many law firms investigating issues of major financial fraud, terrorism, and public corruption cases.

Robert Mueller was born on 7 August 1944 in New York City, New York. His birth name is Robert Swan Mueller III. He is a son of parents Alice C. Truesdale and Robert Swan Mueller Jr. His father was an executive DuPont who worked as a Navy officer during the World War II.

He has four younger sisters Susan M. Timchak, Patricia H. Mueller, Joan B. Mueller, and Sandra M. Dick. He grew up in Princeton, New Jersey along with his sisters.

Mueller attended the Princeton Day School. Then after his family moved to Philadelphia he went to the St. Paul's School, Concord, New Hampshire. There he was a captain of the soccer, hockey, and lacrosse. After completing his high school degree, he joined the Princeton University and graduated with a bachelor's degree in arts majoring in politics.

Afterward, Mueller attended the New York University and graduated in Master of Arts in international relations in 1967. In addition to that, he earned a Juris Doctor degree in 1973 from the University of Virginia School of Law.

After losing a friend in war, Robert Mueller decided to serve in the military, thus he joined the United States Marine Crops in 1968. He was trained at Parris Island, Army Ranger School where he learned how to react with no sleep and nothing to eat.

He served as a rifle platoon leader with the second platoon, 4th Marines, 3rd Marine Division in South Vietnam. In December 1968, he received the Bronze Star with 'V' distinction for rescuing wounded Marine under enemy's ambush.

In April 1969, he was shot by the enemy which left him wounded in the thigh. After his recovery, he served in the platoon until June 1969. During his military service, he was awarded numerous medals including; Bronze Star Medal, Purple Heart Medal, Combat Action Ribbon, National Defense Service Medal, and many others.

With such flourishing military career, Mueller initially thought of pursuing his professional career in the military. But for some reason, he chose non-combat life.

Following the completion of his military service, Mueller worked as a litigator at the at the Pillsbury, Madison, and Sutro firm, San Francisco. Afterward, the attorney went on working in the United States Attorney offices. In the office, he worked for 12 years. He served as an Assistant United States Attorney and investigated major financial fraud, terrorism, and public corruption cases.

Following his experience of over a decade, he went on working as a partner at one of the most prestigious firms, Boston law firm of Hill and Barlow. In 1989, Mueller then returned to the government sector and worked as an assistant to the Attorney General Dick Thornburgh in the United States Departement of Justice. 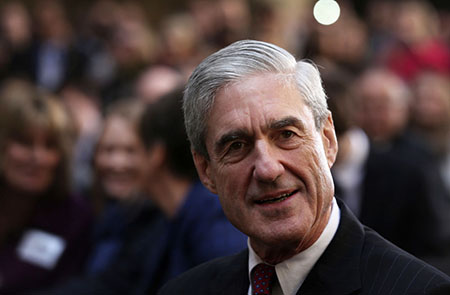 Afterward, in 1990, the attorney took the charge of the United States Department of Justice Criminal Division. In 1993, Mueller again became a partner at another Boston's law firm Hale and Dorr. There he specifically worked in white-collar crime litigation, crime committed by business and government professionals.

In 1995, Mueller joined the homicide section of the District of Columbia United States Attorney's Office as a senior litigator. He remained U. S. Attorney for the Northen District of California from 1998 to 2001.

Robert Mueller was declared a Federal Bureau of Investigation (FBI) director in August 2001 with a winning vote of 98-0. He was nominated for the position by the president George W. Bush. Shortly after his joining the 9/11 attacks took place and he deeply investigated regarding the issue. 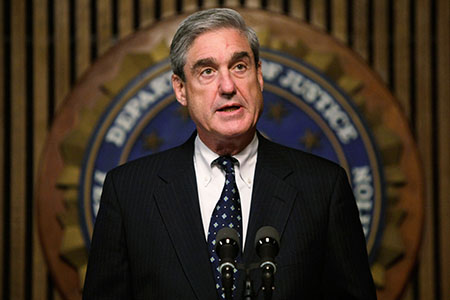 Mueller completed his 10-years duty as an FBI director in 2011. President Barak Obama asked him to continue the leadership of FBI for additional two years. The 6th FBI director Mueller worked until September 2013, before replaced by the 7th FBI director James Comey.

After FBI And Joining Special Counsel

After successfully completing his duty in the FBI, Mueller served at the Stanford University as a consulting professor. He highly focused on the issues related to cybersecurity. Besides teaching, he joined the Washington firm of the WilmerHale in 2014.

In 2016, he handled the scandalous issue of Volkswagen which eventually resulted in $11.2 billion in customer settlements. Likewise, he investigated the disbursement of $850 million and $125 million for automakers and consumers, respectively.

For his hard work and dedication, the attorney was awarded the Baker Award by Intelligence and National Security Alliance in 2017.

On May 2017, Robert Mueller was appointed as special counsel for the United States Departement of Justice. He oversees the investigation between the Russian government and individuals linked with the campaign of President Donald Trump. His active inquiry was highly supported by both Democrats and Republicans in the Congress.

President Trump reportedly ordered the firing of Mueller but backed down when then-White House Counsel Don McGahn threatened to quit. President Trump criticized Mueller by twitting 'the World's most expensive Witch Hunt has found nothing on Russia & me so now they are looking at the rest of the World!'.

Determined Mueller is currently investigating the August 2016 meeting of Donald Trump Jr. and delegate of the crown prince of Saudi Arabia and the UAE. As the head of Special Counsel investigation of Russian interference in the 2016 United States election, Mueller is also investigating Trump's possible ties with Turkey, Qatar, Israel, and China.

From his decorative career, Mueller is earning a handsome amount of money. As per some reliable sources, he has an estimated net worth of $18 million.

Mueller earns $161,900 annually from his career as an attorney which is equal to the top possible salary of the Washington D.C. based federal employees. From the spring of 2014 to May of 2017, he made a whopping amount of $3.5 million at the WilmerHale law firm.

Special counsel Robert Mueller is married to his wife Ann Cabell Standish for a long time now. The couple walked down the aisle back in September 1966 at the St. Stephen's Episcopal Church, Sewickley, Pennsylvania. The two first met at a party during their high school. They both were 17 at the time.

Mueller and Standish share two beautiful daughters from their marriage. One of their daughters was born with the Spina Bifida, a birth defect with an incomplete closing of the backbone and membranes around the spinal cord. They are grandparents to the three grandchildren. Since he is leading a low-key personal life, there is no detail information about his private affairs.

In 2000 Mueller suffered from prostate cancer for which he underwent an operation. During the treatment, his sworn as an FBI director was postponed several months until he was fully recovered.

Here's a video of Robert Mueller during an interview.