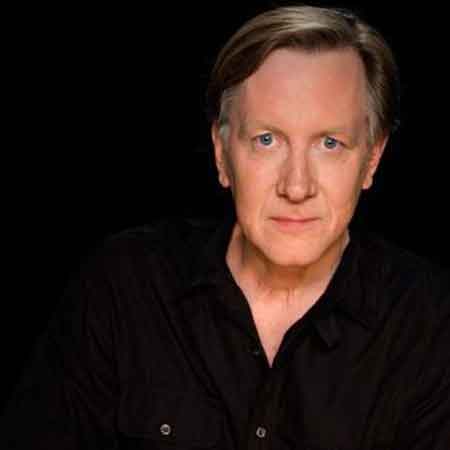 Robert Clotworthy is a professional voice actor who has lent his voice to countless projects; most notable would be StarCraft video game series in which he did a voiceover to the main character, Jim Raynor and also in Starcraft: Brood War and its sequel Starcraft II; Wings of Liberty. As of 2018, he appeared as the narrator for the History Channel’s series Ancient Aliens.

Robert Clotworthy was born Robert Bruce Clotworthy on 24 October 1955 in Los Angeles, California, USA. He was born under the birth sign Scorpio. Nothing is revealed about his childhood, parents, siblings as he has preferred to keep the information to himself.

The only thing which is known is, his father was a radio commercials producer and regarding his education, he attended Taft High School and was a cla s smate of esteemed Baseball Hall of Fame Robin Yount.

Robert Clotworthy started his career as a voice actor when he was fifteen years old. He said:

"My father was a producer of radio commercials and from an early age I would accompany him to recording sessions. I met some of the finest voice talent (Jerry Stiller, Anne Meara, Mel Blanc, June Foray etc.) and they inspired me."

Clotworthy first started his voicing career from the StarCraft series of real-time strategy video games by voicing the character Jim Raynor, who was the main character in the game's storyline. He reprised his role in the extension StarCraft: Brood War. As per the voting, Raynor was voted one of the top ten heroes.

After the twelve years of release of Starcraft, Clotworthy again reprised his role as Raynor in StarCraft II: Wings of Liberty. He was selected as the winner of GotY Awards 2010 under the category of Best Voice Acting. He also voiced in the expansions; StarCraft II: Heart of the Swarm and StarCraft II: Legacy of the Void and Heroes of the Storm.

He was the narrator on the Emmy nominated doc u mentaries Empire of Dreams: The Making of the Star Wars Trilogy and Stars Wars: The Legacy Revealed. In 2017 Robert won the prestigious SOVAS award presented at New York‘s Lincoln Center for the category of Outstanding Narration, Best Voiceover for his work on Ancient Aliens. His guest appearances in other series include The Big Bang Theory, Two and a Half Men and China, IL. As of 2018, he appeared as the narrator for the History Channel's Ancient Aliens.

An American voice actor Robert Clotworthy earns a decent amount of money from his career. Though his net worth and salary are not available, as he has worked in more than 100 television series and movies, video games we can a s sume that his earning is in millions. As per the sources, a Video game voice actors earn $33.82 per hour.

Despite being a popular public figure, Clotworthy has kept all his personal life under a wrap. As he wanted to live an Ultra-secluded lifestyle, he has been keeping his family life private.

Ancient Aliens presenter is very secretive regarding his relationships, so it is hard to know whether he is married or not. Till date, he has not shared any pictures with someone who can be named as his lady love. So, we can a s sume that Clotworthy is not married.

He stands at the height of 6 feet tall. Despite his old age, he has maintained his health and kept him in a great shape by consuming healthy food and indulging in cardio exercises and running.

Check Out his full interview,