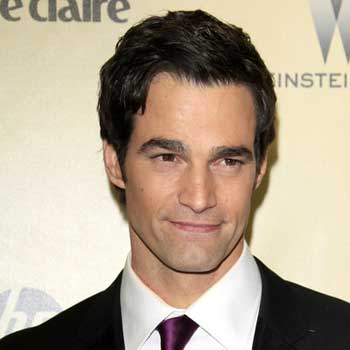 Rob Marciano is a well-known figure in the American television industry. He is one of the popular reporters and meteorologists of all time. He is an American journalist who is working as a meteorologist for ABC News.

Started his career as a chief meteorologist for KATU-TV, he rose to prominence after joining CNN in 2003.

He is married to Eryn in 2010, and shares two children; a son named Mason Marciano and a daughter named Madelyn Marciano.

Raised in Glenville in Connecticut by his parents he belongs to American Nationality and is of mixed Italian and German ethnicity. He spent his entire childhood in Connecticut.

From his childhood days, he was very eager to know about the climate and weather changes. As a result, because of his interest and pa s sion, he decided to make it his career. He attended the local school in his hometown.

He moved to Cornell University and earned a bachelor’s degree in meteorology from the University. He holds the American Meteorological Society Seal of Approval and is a Certified Broadcast Meteorologist.

Beginning his career, he did have to face many struggles in the beginning days of his career. He used to work for several network stations. He was also a s sociated with CNN but prior to that, he used to work for KATU-TV and 750 KXL News Radio which is located in Portland in Oregon.

Because of his hard work, he was hired by KPLC-TV which is in Lake Charles in Louisiana. There he was hired as the head as well as morning meteorologist. He served this channel for three years and later on moved to WVIT Connecticut News 30. And after Mark Steins resigned from his post, Rob was announced the as co-anchor of the program in the same channel. With the show Entertainment tonight he has gained most of his popularity and covers different weather news with his shows.

He joined CNN in May 2003 and gained prominence as a meteorologist and occasional reporter and substitute anchor for CNN Worldwide in their Atlanta headquarters. Till now it’s been nine years he has been working for CNN. This needs lots of dedication and hard work. Because of the hard work he has been able to be in the present position. His communication and verbal skills are unbelievable.

On July 19, 2014, ABC News made an announcement that Marciano would become their senior meteorologist. After gaining more experience as a senior meteorologist for the network, he joined Good Morning America Weekend and reports on the latest weather headlines throughout the week.

He also partnered with Ginger Zee and the Extreme Weather Team for weather coverage across all ABC News broadcasts and platforms. He co-hosted Entertainment Tonight until August 2014 and made his debut on GMA on September 26, 2014.

He works as a meteorologist for ABC News. He provides forecasts for the weekend editions of Good Morning America after former meteorologists departed from the job.

As of 2019, Marciano is a senior meteorologist of the American Broadcasting Company (ABC) since 2014.

Rob Marciano's Net Worth, Salary, And Other Facts

Rob Marciano's net worth is $2 million at present. He earns a decent amount of salary from his career.

He is active on Facebook, Twitter, and Instagram. His fans can follow him on Twitter and get updates from him by his tweets. Apart from that his shirtless pictures can also be downloaded from the internet.  More information about him can be found in IMBD as well.

Rob Marciano has been able to make fan followers of him on many of the social sites as well. He is not only talented but people are a fan because of his appearance. He is one of the celebrities with a terrific personality and striking body features.

With his dressing sense and style, he looks like candy in his shows. He has been featured in many of the top-level magazines. There is no doubt that such a popular person must have an impression of net worth as well as a good salary and pays.

Moving onto his personal life relationships, he is a married man. He has a beautiful wife, Eryn Marciano and they got married recently in 2010. They are examples of a perfect couple who looks great together.

Seems like they both are happy with their relationships and living a happy married life. They both understand each other very well and share their happiness as well as sadness with each other. With their mutual understanding, they are still together.

Talking about children, the beautiful couple has been blessed with a lovely daughter. And it is less likely that the couple is going to get a divorce in near future. Even though such a star in the industry has been a s sociated with different affairs and there are rumors regarding his ex-girlfriends. But he tries to keep away from those kinds of scandals and controversies. There are also a few words in the market about him being gay but nothing has been confirmed yet.