Rob Giles is an American singer-songwriter best known for his solo work; he released his first solo 'When We Were Happy' in 2006. He was also a member of the band Rescues.

Giles made headlines after getting married to Grey’s Anatomy star Caterina Scorsone with who he shares three children. The couple recently called it quits after 10 years of marriage, as of 2020.

Date of Birth and Age

Rob Giles was born in the United States of America. The exact birthplace and the date of birth of the musician have not been disclosed.

However, as for his age, sources have reported that Giles seems to be in his early 40s. He is of American nationality and belongs to white ethnicity.

Giles has not revealed the names of his parents but he was the son-in-law of  Caterina Scorsone's father Antonio Bruno Scorsone and mother Suzanne Rozell Scorsone before the two got split.

Rob Giles is a solo song worker; he released his first song titled 'When We Were Happy' in 2006. He has also worked with Andy Summers of the Police and a band named The Rescues.

He has also written songs for film and television. In 2015, Giles sold two spec scripts to Warner Bros which developed two shows with the CW network in 2016 and 2017.

His estranged wife Caterina Scorsone is a renowned Canadian actress who is best known for her roles in the ABC medical drama series Private Practice and Grey's Anatomy.

Wife Caterina Scorsone Filed For Divorce From Him

Rob Giles and Caterina Scorsone got married in a beautiful ceremony in June 2009, after dating for several months.

The actress hasn’t posted any photo with Giles since announcing her pregnancy in October 2019.  Sources confirmed in May 2020, that they had parted ways. 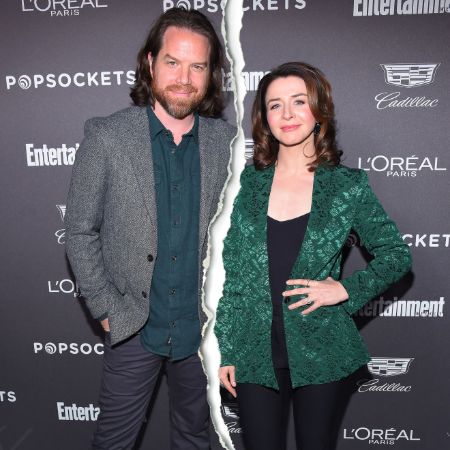 Scorsone filed for divorce from the musician citing the reason behind the split to be “irreconcilable differences.”

Estimated Net Worth of $650 Thousand

Rob Giles has earned a good amount of money from his music career. The exact net worth of the musician has not been revealed but an online source has estimated his net worth to be $650 thousand.

Meanwhile, his ex-wife Caterina Scorsone, who earns a handsome amount of money from her television career, has a total net worth of $2 million, as per the report. She owns a luxurious house in Silver Lake, Los Angeles, California.