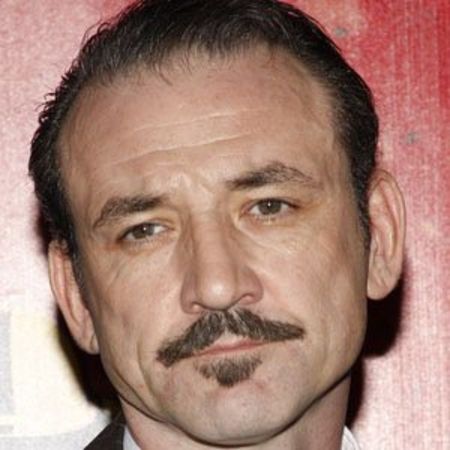 Ritchie Coster is an English actor best known his roles in The Tuxedo (2002), The Dark Knight (2008), Blackhat (2015) and True Detective. He currently appears as Francisco Scaramucci/Mr. Blue on the SyFy TV series Happy!.

Born in London, Studied Acting at Guildhall School of Music and Drama

Ritchie Coster was born on July 1, 1967, in Edmonton, London, England, the United Kingdom, in a family of English descent.

He is not the only child of his parents but he has three brothers and he is the youngest one. He is of English nationality and belongs to white ethnicity.

He completed his schooling from the Latymer School in Edmonton and then attended the Guildhall School of Music and Drama where he studied acting.

Ritchie Coster started his acting career with a brief talking role in the BBC soap drama program, Eastenders'. Later in 1997, he had a small role in the CBS crime drama series, Dellaventura, opposite Danny Aiello and Anne Ramsay.

Coster made his film debut in 1998 with the role of Julian Thorpe in the crime drama television film, Rear Window. In the following year, she appeared as Janos in the heist film, The Thomas Crown Affair.

His other film credits include The Dark Knight, The Tuxedo, Blackhat, American Gangster, Let Me In, The Great and The Small, Submission, Creed, The SentineThe Bounty Hunter and Pete Smalls Is Dead.

In 2017, Coster joined the cast of SyFy hit television series Happy! and ever since he plays the role of Francisco Scaramucci in the series, alongside Christopher Meloni, Patton Oswalt and Lili Mirojnick.

How Much Money Does He Earns?

Being one of the renowned Hollywood stars, there is no doubt that Ritchie Coster earns a decent amount of money.

He loves to spend a quality time with his wife Jan Coster and often goes on trips with her.

Here we go. Off to do something posh for Christmas. Ain’t she lovely?

As for the total fortune of the 52-year-old actor, some sources have estimated that Coster has an estimated net worth of $1 million.

Moving towards the personal life of Ritchie Coster, as we mentioned earlier, the 52-year-old Happy! star is a married man. He has been happily married to his loving wife, Jan Coster. 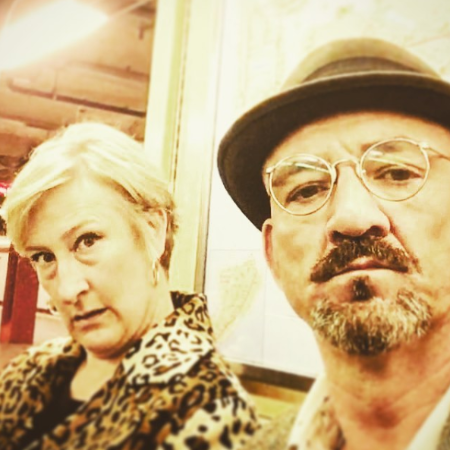 The exact wedding date of the husband-wife duo has not been disclosed. However, some online sources have suggested that the two has been married for over the decades.