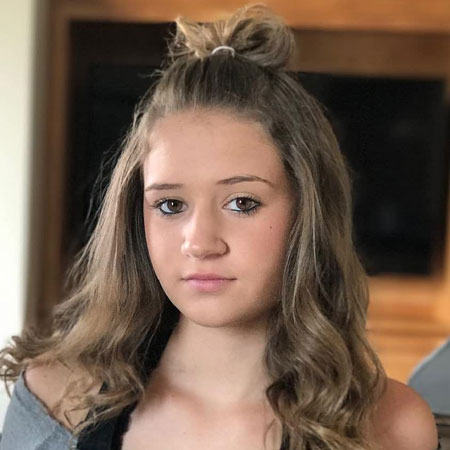 American Musical.ly star and YouTuber, Riley Lewis has gained a ma s sive following on her social media under the username rileylewisofficial. As of 2018, she has more than 455K followers on her musical.ly, over 145k followers on Instagram, and over 102k subscribers on her YouTube channel.

Lewis has also made her appearance in the popular web series, Chicken Girls along with her sister Madison Lewis. Riley Lewis is in a relationship with Tyler Phillips

Her father works in construction and mother designs dresses. She is the oldest triplet; other two are Madison Lewis and Dakota Lewis.

During her early days, Lewis was homeschooled and later attended public school. Currently, she is pursuing her study as a high school student.

Riley Lewis began her career as a musical.ly star and as of 2018 has acc u mulated more than 450,000 fans. She uploaded her first musical.ly video “Roses” by The Chainsmokers, which has 37.3k likes till the date.

On June 4, 2017, Lewis joined YouTube, creating a self-titled channel and in a year span, it has more than 104k subscribers. Some of her most viewed videos are Chapstick Challenge, Chicken Girls, This or That, Who knows me better and Snapchats.

Riley Lewis is also an Instagram star with more than 148k followers. She was also cast on the popular web series Chicken Girls as Quinn Forrester along with Brooke Elizabeth Butler, Annie LeBlanc, Hayden Summerall, and Dylan Conrique among others.

YouTuber Riley Lewis has gained immense popularity from her YouTube channel Riley Lewis which has helped to acc u mulate an estimated net worth of five figures. She often uploads challenge videos which usually features her boyfriend and her friends.

Riley Lewis is in a relationship with Tyler Phillips. The couple is together since 2015 and shares a healthy relationship. The couple met for the first time on August 18, 2014.

Lewis has two dogs, Jack and Chloe. She loves to watch Netflix every night. Shane Dawson, an American YouTube personality, is her inspiration.

She loves to watch horror movie ad her favorite movies are The Notebook, what’s Eating Gilbert Grape, My girl, Stepbrothers, and Ferris Buller’s Days off.

Here we present a video from her YouTube channel where Riley Lewis explains about herself in 50 points.