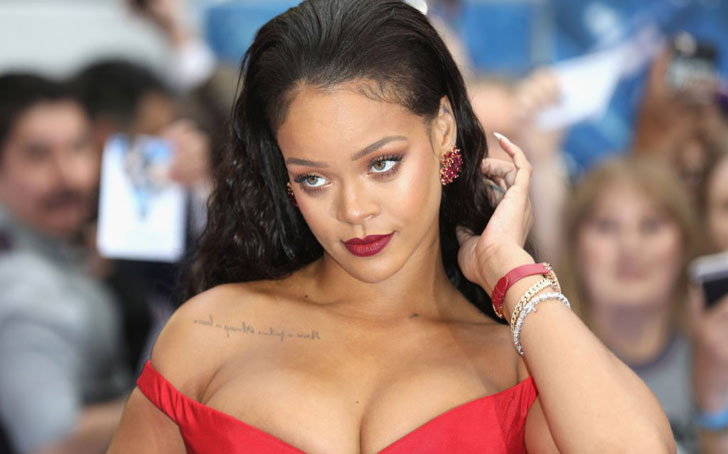 Songstress Rihanna has been soaked in mourn!!!!

The 29-year-old singer Rihanna's cousin Tavon Kaiseen Alleyne, 21, was shot to death just hours after they celebrated Christmas together. Rihanna revealed the heart-breaking news posting a series of photos of her and Tavon. Moreover, she has also appealed for an end to gun crime in the caption.

RIP cousin... can't believe it was just last night that I held you in my arms! never thought that would be the last time I felt the warmth in your body!!! Love you always man! ??????? #endgunviolence

The Grammy-winning singer Rihanna wrote on Instagram alongside a heart-wrenching snap with her younger cousin, 21.

Alleyene, who lives in Lakes Close, Eden Lodge, St Michael, was shot by an anonymous around 7 p.m. Monday night in his hometown. The preliminary investigations show that he had been walking through a track in the area near his house when a man approached him and shot him multiple times before fleeing the scene.

Alleyne was rushed to the QEH in a private vehicle where he was pronounced dead within an hour.

Not only Rihanna, an unidentified woman, named Tanella, posted a tragic photo of Tavon in a hospital room, hugging and referring him as ''my brother'' on her Instagram. She wrote in the caption session,

I never thought the day would come that I would have to bury you my love , omggg!!! ???????????? this was our first Christmas together we clean we decorate and everything!! Tavon I know you was trying to be a better person!! I loveee you soooo muchhhhhhhhh brother omg!

The investigators have asked to provide information if anyone knows anything about the murder. They have provided the District 'A' Police Station at telephone 430-7242 or 430-7295, police emergency at 211 or Crime Stopper at 1-800-8477.