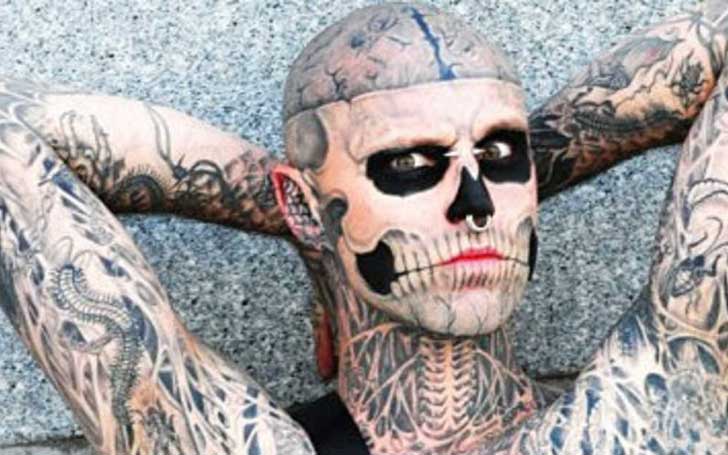 Model Rick Genest aka Zombie Boy from Lady Gaga's Born This Way video died at the age of 32 on Wednesday, 1st August, the 32-year-old singer confirmed.

The cause of Genest's death is speculated to be suicide; the model who lives in Montreal, Canada was found dead in his home, iHeartRadio Canada reported. 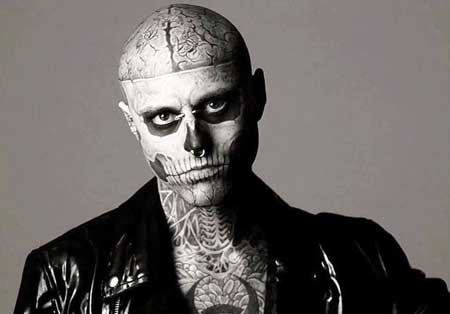 Rick's agency released a statement after his death on Facebook which reads:

The whole Dulcedo family is shocked and pained by this tragedy.

Zombie boy, Rico, was loved by all those who had the chance to meet him and know him. Icon of the artistic scene and the fashion world, this innovator, against popular culture, has been able to charm all hearts.

The Million Reasons singer, Gaga took to her Twitter on Thursday expressing her grief where she confirmed the model's death of suicide.

The suicide of friend Rick Genest, Zombie Boy is beyond devastating. We have to work harder to change the culture, bring Mental Health to the forefront and erase the stigma that we can’t talk about it. If you are suffering, call a friend or family today. We must save each other. pic.twitter.com/THz6x5JlpB

Zombie Boy had two Guinness World Records for the most insect tattoos on the body (176) and for the most human bone tattoos (139). According to the reports, he started getting tattooed at the tender age of 16 and by the age of 19 he had his body covered in ink. 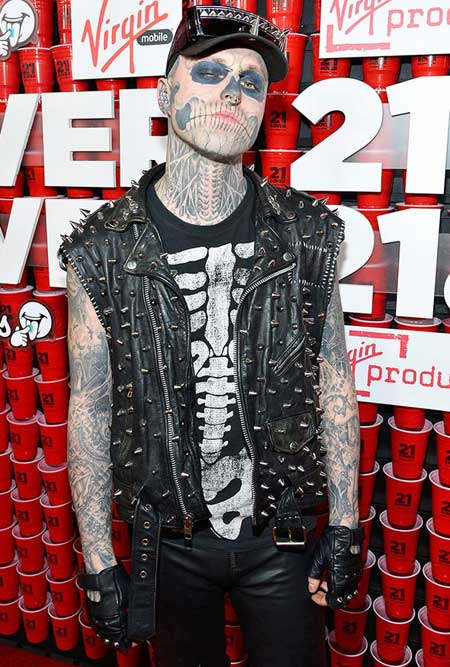 Sources close to the Canadian model told the local media he had been suffering mental problems for a while. Some other friends of Genest including Amanda Caliber, and fashion designer and stylist Daniel Lismore also expressed their sorrow on his death on social media.