Richard T. Jones was born on January 16, 1972, in Kobe, Hyogo Prefecture, Japan, to Clarence Jones and Lorene Jones, under the birth sign Capricorn. His parents have got divorced.

He was raised along with his elder brother Clarence Jones Jr., a coach in Carson, California. His father was a professional baseball player and his mother was a computer analyst. His dad was also a hitting instructor for the Cleveland Indians.

Jones, who is of Japanese nationality and belongs to black ethnicity, studied at Bishop Montgomery High School in Torrance, California. He later graduated from Tuskegee University.

Appeared in 'The Wood' and 'Why Did I Get Married?'

Richard T. Jones made his acting debut with the role of Ike Turner Jr. in the musical drama film, What's Love Got to Do, in 1993.

Later in 1999, he appeared as Livinio in the dramatic film The Wood alongside Sean Nelson, Omar Epps and Tamala Jones.

His other notable roles include in Event Horizon, Hot Pursuit, Renaissance Man, Phone Booth, Vantage Point, A Question of Faith, Kiss the Girls, Kiss the Girls, Collateral and Lyfe's Journey.

Being a successful film and television star, Richard T. Jones has added a considerable amount of money to his bank balance from his acting career.

According to various online sources, Jones has an estimated net worth of $3 million. His 2007, Why Did I Get Married?, was made under the budget of $15 million and it had a box office collection of $55.9 million.

Additionally, its sequel Why Did I Get Married Too?, which was made under the budget of $20 million, had a box office collection of $60.7 million.

Owns a House in Los Angeles

Richard T Jones owns a luxurious house in Los Angeles, California. In January 2020, he and his wife purchased a house in Laurel and not they are planning to turn it into a rent-to-own property.

Moving towards the relationship status of Richard T. Jones, the 47-year-old actor is a married man. He has been married to his loving wife Nancy Robinson; the two tied the knot in October 1996. 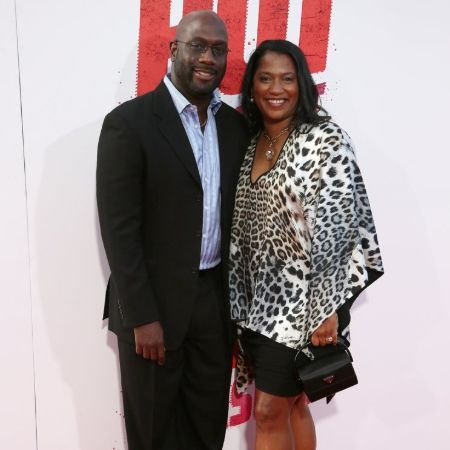 The husband-wife duo is parents of three children; a son, Elijah Jones, and two daughters, Aubrey Jones and Sydney Jones.