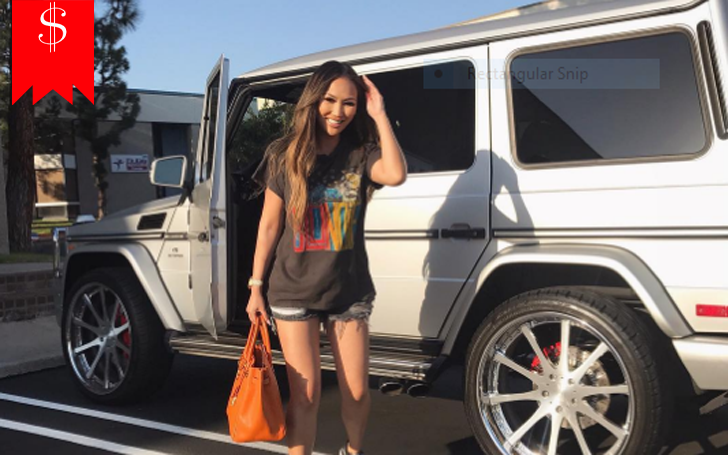 The daughter of the Chinese-American Businessman, Roger Wang, Dorothy Wang, probably has the deepest of pocket among the younger generation of Beverly Hills.

Being born to the father with a net worth of $ 3.2 billion, the star of the reality Tv show The Rich Kids of Beverly Hills seems to have learned some skills from her father and has accumulated a considerable amount of net worth herself as well.

How Much Is The Net Worth Of Dorothy Wang?

Star of  Famously Single and daughter of billionaire Roger Wang, Dorothy Wang, herself has a net worth of US$10 million.

Being rich comes with its bargains, the hectic lifestyle for example, be it the Jet-setting, the shopping, the partying or the traveling rich people just don't like to stop! Dorothy Wang might be all that, but she is so much more as well. They say she has a heart of gold.

Before the second season finale of Famously Single, Wang launched a low-priced necklace and said that her real inspiration for the jewelry line came from her followers.

I get a lot of tweets and comments. I love your fashion, but I'm not rich, I can never afford what you wear. It kind of does make me feel a little bad. I don't want people to think you have to spend a lot of money on something to be stylish and fashionable.

But how did she got a chance to be a part of the reality show in the first place?

Dorothy Wang and The Rich Kids of Beverly Hills

The reality TV show Rich Kids of Beverly Hills was inspired by Rich Kid of Instagram where Dorothy always featured. Later, the producers caught her on Tumblr and offered her to do the show.

Well, what better than to be paid for being rich?