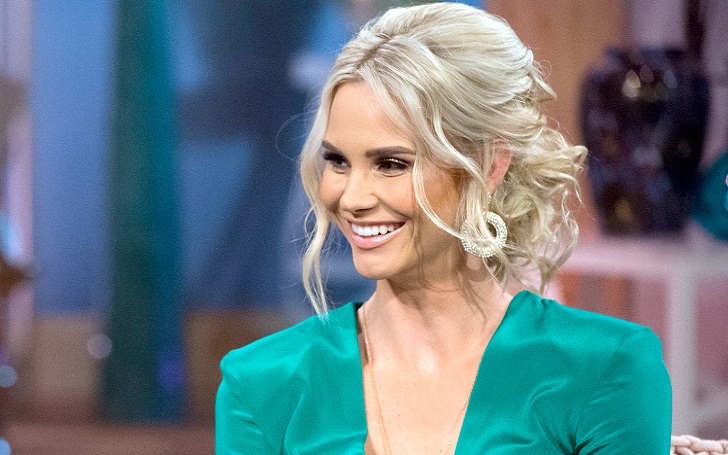 Real Housewives Of Orange County starlet Meghan King Edmonds has celebrated her baby shower weeks before the birth of her twins. The reality star shared pictures from the baby shower on her Instagram on Saturday, 31st March. 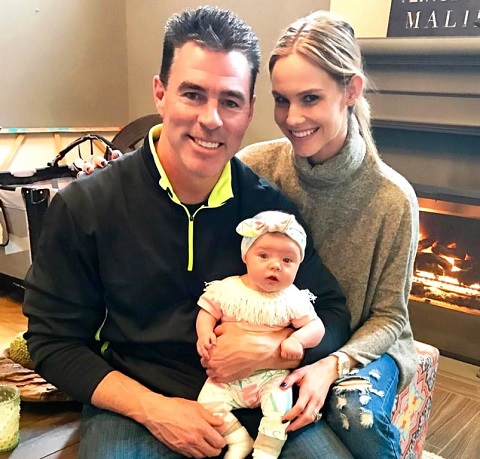 The 33-year-old actress didn't go big for her baby shower; maybe that is the reason why she called it as a baby sprinkle. The party was organized at the SqWires Restaurant & Annex which is located near to her hometown of St. Louis Missouri.

Meghan shared a collage of photos flaunting her baby bump on her Instagram which she captioned, "

Best baby sprinkle for the twins  thank you to all my dear friends and especially to @katieelliott83(hostess extraordinaire — aka short pregnant lady!) for an unforgettable day!

If I can’t be Queen Bey I’ll settle for King Edmonds #twinscomingsoon #imitationisflattery #thisIsNotMyMaternityShoot —————————————- Incredible photos and shoot organized by @heathermohrphotography #stlouismaternityphotographer fresh flowers by @awildflowershop makeup by @mwmakeupdesigns and hair (all those clip-in extensions!) by @salonmarosie (all your Stl needs!)

Fellow actress Katie Elliot hosted the event, which was decorated with small blue and white flower arrangements, blue macaroons, and blue balloons. The actress is yet to reveal the sex of her twins.

Meghan and the former MLB center fielder Jim Edmonds tied the knot in 2014. Edmonds announced she was expecting her first child with her husband in December 2017 where they revealed the due date to June 2018. The pair is already a parent to their daughter Aspen King Edmonds.