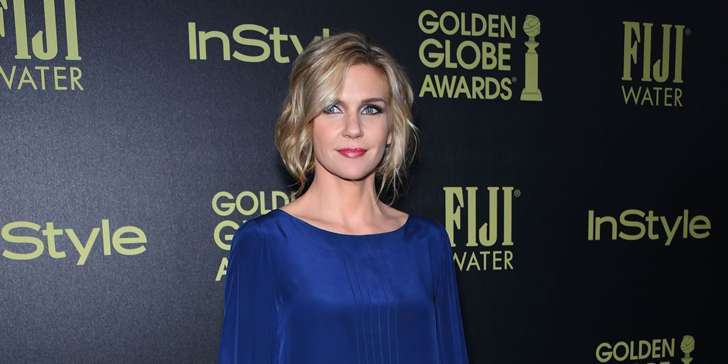 Rhea Seehorn, born May 12, 1972, is an American actress best known for playing Kim Wexler in the Breaking Bad spin-off Better call Saul. She starred in NBC's Whitney from 2011 to 2013. She is also known for her role as Cheri Baldzikowski in ABC's I'm With Her and Ellen Swatello in TNT's Franklin and Bash. She grew up in Japan, Arizona, Virginia and Washington, D.C. She studied painting, drawing and architecture from a very young age, following the footsteps of her father and grandmother. She continued in visual arts, but she had a growing passion for the movies and theater. She was introduced to a contemporary theater later in college. From 1998 to 2001 she has made appearances in some movies like Eat Me! Why Spain? , And Riders.

She  has played roles in the independent shorts like The Pitch(1999), The Gentleman (2000). Thereafter she was cast regularly on the comedy series in 2003. She also played `the titular character in the feature film Eva Adama. After relocating to Los Angeles, she has enjoyed a number of series regular and guest star roles including The Closer, The Starter Wife, Trust Me, Head Cases, Burn Notice, Dollhouse and the memorable arc on Franklin & Bash. She's also appeared alongside in Disney, The Shaggy Dog.

After taking few acting classes she landed roles in film and on Broadway. She graduated with the degree in drama and visual arts. She is also the member of the acting company, "Woolly Mammoth Theater Company". She then moved to Manhattan and playwrights Horizons. Rhea confesses that she initially hesitated in acting as her career but she was later motivated and directed towards acting because of her father who encouraged her to take up on her dreams and follow her passion. Ever since then she has been a part of Broadway and Television shows. And she considers her father's encouragement and support that led her to her dream job.

She is a beautiful blonde with  the height of 5ft and 7inches.She is considered as one of the most attractive women in Hollywood. Even though of her popularity and her profession as an actor, she has been very successful in keeping her personal life private. She is not rumored to be married to anyone yet. Her relationships have also been very private as her life. Her net worth is said to be $3 million(approx). She has surely earned a good salary from her successful work in television and movies. She is quite popular in social networking sites and has many fans and followers of various ethnicity all around the world on Twitter. She frequently posts in Instagram and is constantly in touch with her supporters and admirers. She is seen quite in touch with her fans and followers on social media despite her private life as a celeb.