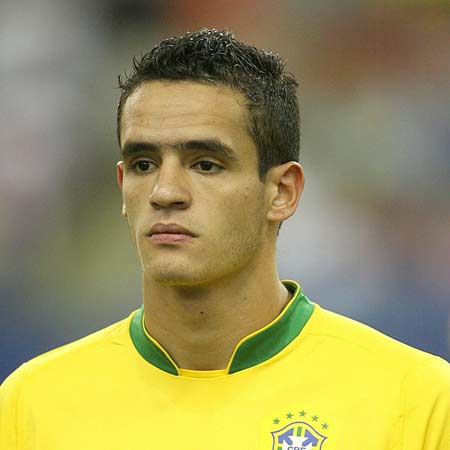 Known for his style of play and combining decisive passes with good control of the ball, Renato Augusto led Brazil to victory at the 2016 Summer Olympics. The footballer currently plays for Chinese club Beijing Guoan and Brazil national team as a defender.  While part of his last club Corinthians, he also won the Campeonato Brasileiro Serie A title as well as received the Bola de Ouro award.

Renato Augusto was born Renato Soares de Oliveira Augusto in Rio de Janeiro, Brazil, on 8 February 1988. He is the son of Luiz Carlos Augusto and Selete Augusto. He started to practice football at the age of 13 and gradually honed his football skills playing for Flamengo until 2005 and became one of the best products of the club.

At the beginning of 2008, Augusto signed a contract with Bayer Leverkusen. After showing his good technical and crossing ability on the pitch, the player quickly established himself as one of the fan favorites. Despite his tragic injury in the 2010-11 season, the footballer played one of the crucial roles scoring the match-winning goal in the 82nd minute against Mainz 05 for the club. 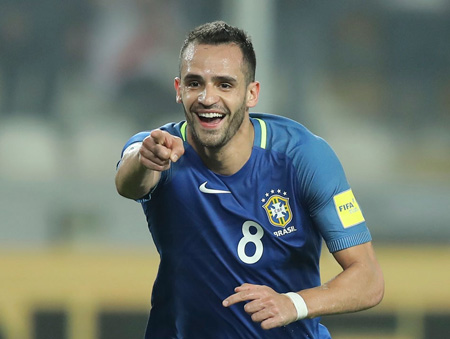 On 20 December 2012, Augusto went on to sign a contract for a reported fee of €3.5 million (4,042,853.50 US Dollar) with the Brazilian multi-sport club Corinthians. The player won the Bola de  Ouro after his vital role for the club to win the Campeonato Brasileiro Serie A title. It was announced on 6 January 2016 that Augusto made an agreement with Chinese club Beijing Guoan for a reported fee of €8 million ($9,239,960).

Renato Augusto was also a part of Brazil Under-17 and Under-20 teams. After scoring his first international goal for his national team on 17 November 2015, the footballer also played in the 2016 Copa America Centenario and the 2016 Olympic Games. 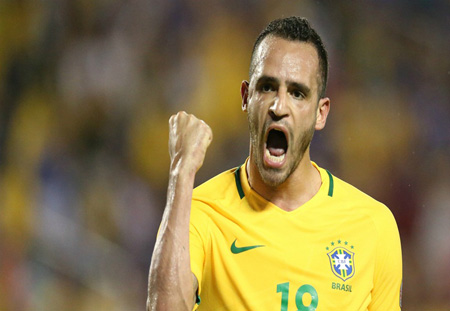 Augusti also listed in Tite's 23 man squad to represent his country Brazil in the FIFA World Cup in May 2018.

Renato Augusto has earned a good amount of money from his career but the exact amount of his net worth is still under wraps, which is believed to be more than $2 million. Reportedly, Augusto earns $500,000 a month at Guoan.

Renato Augusto is in a  committed relationship with his girlfriend Fernanda Klarner Augusto for a long time. Many fans assume the couple is married but no official confirmation has come about the news.