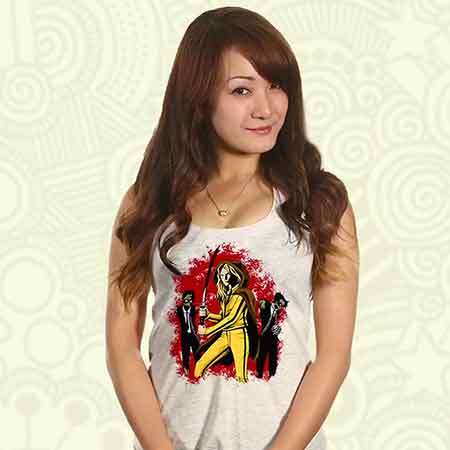 Reina Scully is a YouTube Vlogger well known for being the host of the internet show SourceFed. She has over 384k subscribers on her eponymous YouTube channel. She is also recognized as an expert gamer and cosplayer for the website Crunchyroll where she translates Japanese manga and anime to English. She is also an actress and writer well known for RWBY (2016), Nuclear Family (2016), and Sugar Pine 7 (2016).

Reina Scully was born on August 21, 1988, in Japan into a Shinto shrine family. When she was 3 years old she moved to the United States. She changed her last name from Suzuki to Scully which became her stage name.

I’m an only child but I was convinced my cousin was my sister until I was 8. I still call her Oneechan, which means “big sister” in Japanese. She gave me my first gameboy when I was 4 (it was hers...) and taught me what Pokémon was before it even came out, can you believe that! #NationalSiblingDay

Her parents divorced when she was just 7 years old.  Further about her siblings and academic achievement is not revealed. She holds Japenese nationality and ethnicity wise, Scully is from a mixed ethnical background.

Reina started her career entering social media in 2010 when she joined Twitter. She used to serve Twitter as a base for her online activities. Since then she has been active on social media.

Later in March 2014, she gained fame as the host of SourceFed with Bree Essrig. She helped SourceFed win a 2014 Streamy Award for News and Current Events.

On March 20, 2017, the channel got closed however they made a come back with a new producer, Micheal Calabro and a new name, NERD. Scully has an eponymous YouTube channel and also she is part of other channels like Super Panic Frenzy.

Scully is also a writer and actress who is well known for RWBY (2012) and Sugar Pine 7 (2016). In the same year, she was a cast alongside Danielle Harris, Corin Nemec, and  Ray Wise in Nuclear Family. Moreover, she is also a voice character in anime Urahara and part of the Rooster Teeth via the podcast.  Further, she translated anime and manga for a company named Crunchyroll.

As of 2019, the YouTuber amassed over 384k subscribers on her self-titled YouTube Channel.

Reina Scully's Net Worth And Earnings

Reina Scully makes a good sum from her Youtube channel as well as earns from her work as part of Crunchyroll.  Her self-titled YouTube channel has more than 384k subscribers with total views over 22 million. From the channel, the Youtuber can make $735 - $11.8K a year.

Scully's exact net worth is not public but reliable site estimate it to be around six digits.  A translator on an average earns around $540 per month, so it can be assumed gets paid around that range.

Reina Scully is a married woman and has her own family though she has been silent about her private life. She declared on Twitter that she was engaged to Michael Flusk in 2014. The couple dated for years before their marriage.

Her husband proposed her in front of her whole family in Japan. The couple tied the knot on October 2016 in their own Japanese tradition which she has posted the details on her YouTube Channel and her Twitter account. They don't have any children yet.

Our first summer in Japan together as husbando & waifu

Scully was defamed after posting a video in early 2018 expressing her views on the controversial YouTube video of internet personality Logan Paul.

Here is an interview with the beautiful Reina Scully.