Reina Hardesty is an Asian-American actress and cinematographer who is known for being proficient in front of as well as behind the camera. She is widely known for her roles in Crackle’s original web series Startup opposite Adam Brody, Edi Gathegi, Otmara Marrero, Martin Freeman, and Ron Perlman; as well as her portrayal of Aspen Fairchild in Netflix’s tween drama Greenhouse Academy.

Reina Hardesty was born on 4th January 1996 in Orange County, California, the United States of America. She is the second child born to father Greg Hardesty and mother, Manako Ihaya.  She has an elder brother of 24.

Reina had always been of the friendly disposition, racking up a telephone bill more than 440 pages long, in her now well-documented texting spree.

At age thirteen, she was already sending 14,528 texts a month, which meant she was sending an average of one text every two minutes. She was said to be texting her four closest friends. The incident was documented in the Orange County Register, where her father worked as a reporter. 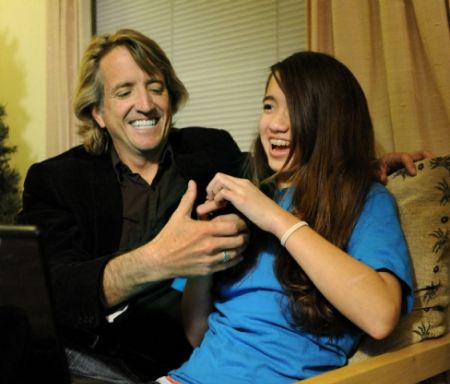 She also had an early start- albeit behind the camera- when she worked as a cinematographer in some short movies like Coming Out, Inspired and A Dish Best Served in 2015.

Reina’s big break came when she was approached with the role of Aspen Fairchild for the Netflix tween drama Greenhouse Academy. She was then cast as Stella Namura in the web television drama series Startup, where she got to work alongside such Hollywood greats as Adam Brody, Martin Freeman, and Ron Perlman.

She has also appeared in the television adaptation of the DC Comics’ superhero The Flash, where she played the role of Joss Mardon (Weather Witch).

She has gone on to appear in other television series such as in the comedy-drama series Brockmire where she starred as Beth, in the TV series Buffside Drive as Monica Crew and in Timeless as Kayla.

Although Reina Hardesty's net worth has not been documented as of now, it is speculated that her worth is in the upwards of $1 million. Her numerous roles in critically acclaimed and financially successful movies, as well as her work behind the camera, has pretty much guaranteed a lucrative revenue source.

She is only 23 years old, and her career is on the ascent, so it is not unlikely that her net worth will only increase.

Is Single or Dating?

Reina has kept her personal life mostly off-camera. Although nothing is confirmed, she is often linked to social media presence and YouTuber, William Haynes. The pair are often seen together on Twitter hanging out. Of course, this is all speculation made by very observant fans.

But Reina has not confirmed if she is really dating Haynes or not. Reina is not linked with anyone and is also not spotted with anyone who can be claimed as her partner. 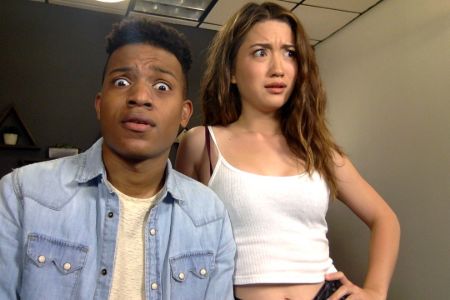 She is an active presence on Instagram with 70.2k followers.