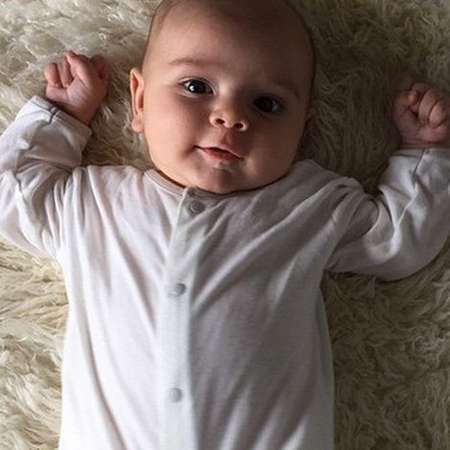 Reign Aston Disick is the son, born to the famous celebrity couple Kourtney Kardashian and Scott Disick. He has been a celebrity ever since his date of birth on the 14th of December, 2014 and has become a hugely known celebrity baby at the mere age of 1. He has cousins North West and Saint West and his elder sister is named Penelope Disick. He also has an elder brother named Mason Disick and he and Mason share their birthday.

Reign is just a baby and it seems that he will have a fairly successful career after he grows up due to the success experienced by his parents and family members in their respective fields. His mother is the famous celebrity Kourtney Kardashian. Kourtney is a reality television actress, socialite, businesswoman as well as a model. She is the daughter of the famous Robert Kardashian and the reality television super mom, Kris Jenner. She is the cast of the television series Keeping Up with the Kardashians and has found success in the business arena with her clothing line Dash.

Reign’s father is named Scott Disick and he is also a reality television personality who rose to fame after being cast in the reality television show named Keeping up with the Kardashians.he is a business man who deals automobiles and is the son of rich parents. Reign has been made popular since his birth due to the success of his parents.

Reign is just aged 1 and has not been dating anybody for sure. His parents have split since his birth and they had never been married. Kourtney and Scott met at friend Joe Francis’s house party situated in Mexico, in the year 2006. Since then, they had been involved in an on-again off again relationship which was problematic, especially due to the alcohol abuse problems of Scott. Their romance and the problems a s sociated with it have been showcased on the reality show Keeping Up with the Kardashians all the time. Scott has planned to propose to Kourtney but she denied the need to get married as their relationship was running smoothly enough. The couple has hence never been married. They have been the subject of constant scrutiny and controversies in the news tabloids due to the several issues that have been raised between them. The couple got separated permanently on the 6th of July, 2015, almost six months after the birth of Reign. It does not seem like the couple will get back together.

Reign has managed to attract the attention of millions, even as a baby and his success are sure to grow with age. He certainly will have a huge net worth and will become a successful lad, after his parents someday. His photos and the details of his birth can be found on social networking sites.