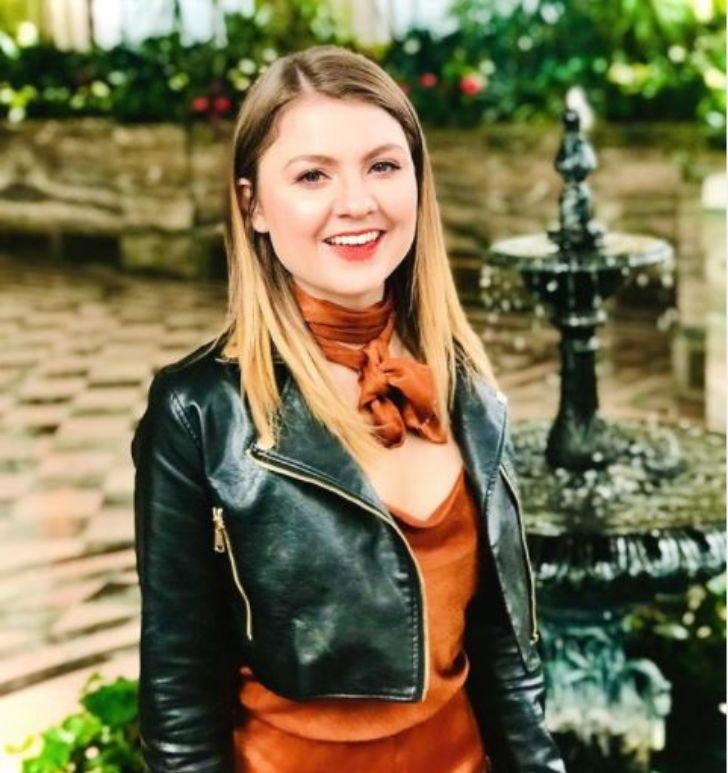 Social media indeed has granted a platform to showcase talent- not to mention that it blesses fame and showers a considerable sum of money. British-born Rebecca Felgate is a social media personality, YouTuber, and blogger, widely famous as the host of YouTube channels Most Amazing Top 10 and Life's Biggest Questions. After leaving those channels, she focused on her own venture as a digital content creator. Moreover, Felgate works as a feature writer for Toronto Guardian since 2015.

She is dating her boyfriend Danny Burke.

Early Life and Education- How Old Is Rebecca Felgate?

Rebecca Felgate was born on 7th January 1989 in Toronto, Canada, but grew up much of her early adulthood in London, the UK. In 2015, she relocated to her hometown Toronto. Regarding her nationality, she is British and belongs to the Caucasian ethnicity.

Although most of her family background is currently under wraps, reportedly, her mother and sister Alexa call her the nickname Beck Beck Bundles.

After attending Hills Road Sixth Form College (2005-07), Felgate enrolled at Goldsmiths College, the University of London in 2007 and graduated with First Class Honours, BA in Drama and Theatre Arts in 2010. Later, she studied a Post Graduate Diploma in Newspaper and Multimedia Journalism.

Rebecca Felgate joined YouTube with a self-titled channel on June 27, 2013. However, she uploaded her first video, Gin in a tin REVIEW | The ultimate Gin Review from two British experts! in 2015.

As of mid-2021, she has more than 127K subscribers and 6.92 million views on her YouTube channel. Her videos mostly consist of personal adventures and travel blogs, cocktail recipes, and food blogs. Some of her most viewed videos are Finding SLYTHERIN MINIONS in Hogwarts Mystery, Sociopaths in Harry Potter, HARRY POTTER ZOOM Challenge, and many others.

Now, she also has her own website rebeccafelgate.com. Since September 2015, the English social media personality is a feature writer for Toronto Guardian in Canada.

CAPTION: Rebecca Felgate with her YouTube silver button; has more than 127K subscribers on her YouTube channel SOURCE: [email protected]

For the curiosity about how Felgate came to fame, she worked as the host of YouTube channels Most Amazing Top 10 and Life's Biggest Questions, from October 2015 to 2019, which brought her into the mainstream.

Before that, she had various jobs as events coordinator, journalist, press officer, and content writer as well as a marketing executive. Rebecca even worked as a presenter for radio show on Shoreditch Radio (2013-15), and as editor-in-chief of OfficialTheatre.com (2012-15).

The co-founder of TheatreBloggers.co.uk (2015-17), Rebecca Felgate was news media host and writer of Landon Production for 4 years until 2019.

How Much Is Net Worth Of Rebecca Felgate?

As of 2021, the English blogger, YouTuber and social media star have an estimated net worth of $500,000. Ever since Rebecca came to fame in 2015, she enriched her firm roots in YouTube vlogging, blog writing, and as a social media influencer.

Aside from her own business, she provides freelance social media consultancy work for other brands. On her Instagram, Rebecca seems to be promoting beverages such as High Park Brewery, Writers' Tears Irish Whiskey, Wine Rack, El Dorado Demerara Rums, many more.

As per social blade, Rebecca's YouTube channel earning is about 1.6K per year. On the other, each sponsored post on Instagram can sum her up with $353- $588.

Is Rebecca Felgate Married Or Dating?

Felgate's most posts on social media are about her blogs on foods or consultancy works for other brands. But also, she did manage time to fulfill her hobby of traveling. Even if Rebecca's busy schedule has kept away from posting her relationship update often, she does enjoy a lovely dating life.

Currently, Rebecca Felgate is in a relationship with her boyfriend named Danny Burke. Danny goes by the Instagram handle @_burkishdelight_ (with 64.9K followers), but switched his IG account to private.

As per Rebecca's Instagram post of March 12, 2019, they first met while working at Landon Production and were dating for 3 and half years by then. It suggests that the couple became boyfriend-girlfriend in late 2015. But even after these years, the duo is yet to announce an engagement or has ever talked about marriage.

Reportedly, her boyfriend calls her hooterface.

Sources alleged that, earlier, she had a romantic connection with  English singer, musician, and songwriter, Matt Bellamy.

According to the reports, she wants to become a vegan, however, she losing her concentration and ends up succumbing to cheese and sometimes meat on the weekend. Also, she loved to do interpretive dances with close friends.