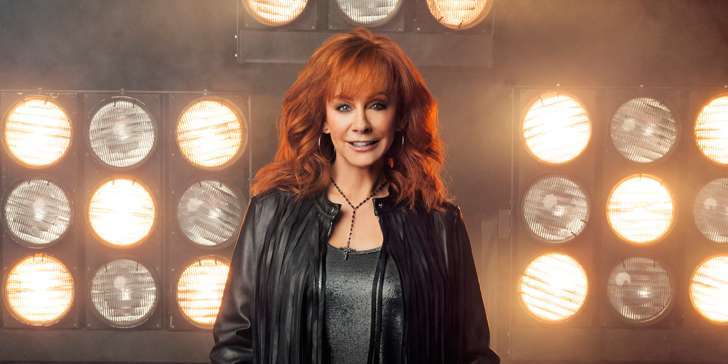 Reba McEntire, born March 28, 1955 is an American country music singer, songwriter and actress. She began her career in the music industry when she was just a high school student singing in the Kiowa High School band on local radio shows with her siblings, and at rodeos. In her sophomore year in college, she performed the National Anthem at the National Rodeo in Oklahoma City and caught the attention of country artist Red Steagall who brought her to Nashville, Tennessee.

She signed a contract with Mercury Records a year later in 1975. She released her first solo album in 1977 and released five additional studio albums under the label until 1983. In 1976, McEntire married national steer wrestling champion and rancher Charlie Battles. The couple owned a ranch in Oklahoma and managed her career. However the relationship didn’t workout and in 1987, McEntire divorced Battles and moved to Nashville, Tennessee. McEntire later confessed that she wanted to focus more on her music career, while Battles insisted that she remain at home, helping to take care of the ranch. Later in 1989, McEntire married her manager and former steel guitar player, Narvel Blackstock.

After their affair, the couple wed in a private ceremony on a boat in Lake Tahoe. From her second marriage, McEntire inherited three stepchildren from her husband and gave birth to a son, Shelby Steven McEntire Blackstock, in February 1990. On August 3, 2015, it was announced in a joint statement on McEntire's website that she and Blackstock had been separated for a few months after twenty-six years of marriage. McEntire announced in December 2015 that their divorce was final on October 28, 2015. The couple has officially separated now and there are rumors whether or not McEntire has found a new catch! There are speculations about her "boyfriend" and that she might be dating someone new. The reason of the couple's divorce has been connected to these rumors. Reba's net worth according to latest reports is said to be $65 million.