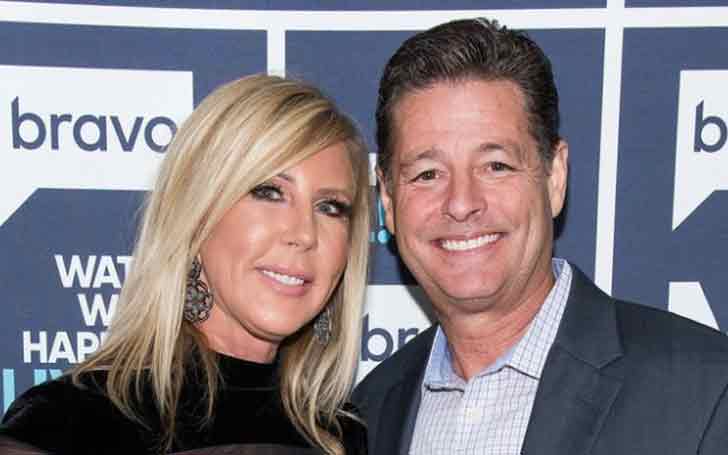 Vicki Gunvalson, the Real Housewives of Orange County star is engaged. The 57-year-old reality star took to her Instagram on Friday sharing a photo of the couple where she wrote: "I said yes!" with a ring emoji. Here is the post:

Fellow RHOC costar Tamra Judge congratulated the couple on their engagement and shared their celebration on her Instagram with a sweet snap of her and Vicki locking their lips. She wrote "We've come a long way baby! 14 years I've known this woman" alongside her post.

We’ve come a long way baby! 14 years I’ve known this woman. Lots of ups and downs. But we good! Today we celebrate  So happy for @vickigunvalson and @stevelodge_oc #engaged  #weareplanningawedding #vickisOCwedding

According to US Weekly, Lodge popped the question to his girlfriend on Monday, April 22. Gunvalson told the outlet that it was

just him and Ik and a bottle of Silver Oak wine and I was like, we cannot dring on a school night, tomorrow's work and he's like, 'Just relax, let's just have a glass of wine.

So he's doing the dishes and he sits back down and I'm like 'What are you doing? Why are you acting weird?' And he's like, 'I love you and I want to share my life with you, will you marry me?' ...I didn't even need to think about it!

Lodge proposed to his girlfriend with a 5.5 carats diamond ring. The couple has been dating for nearly three years and the Orange County resident said she knew early on that "her now-fiance was The One."