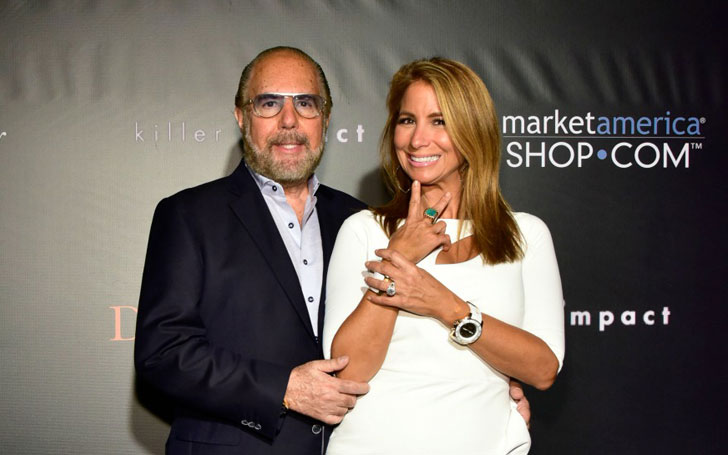 Real Housewives of New York starlet Jill Zarin has died of cancer at 71 on Saturday 13 January, at his home, surrounded by his family member.

Jill Zarin with her husband Bobby Zarin, who died of cancer

The 54-year-old actress announced the sad news in a family statement on her official website where she revealed:

With the heaviest of hearts, we are devastated to share the news that our beloved Bobby Zarin passed away peacefully today surrounded by family after a courageous battle with cancer.

There are no words to describe how heartbroken we are. Thank you, everyone for all your love, and support during this difficult time.

Bobby's stepdaughter Aly Shapiro remembered him in an Instagram post where she took a snap of her with him from 2003. Shapiro wrote alongside the photo,

We ?? Bobby… thank you for giving me such a wonderful family and being the most incredible step-Dad anyone could ever ask for. I don’t remember a time without you, and you will not be forgotten. Every shot of patron, every time we listen to Hotel California, every vroom of a Ferrari you will be right there with us.

You fought with dignity and courage, surrounded by all of us with love and respect till the very end. You can rest In peace now, we love you so much. Service held on Monday 10am January 15, 2018 at Riverside Memorial, 180 West 76th st.

Bobby was diagnosed with thyroid cancer eight years back in 2009, which he removed through surgery and underwent a series of radioactive iodine treatment as well. Despite numerous treatments, the cancer reappeared. Bobby had told People previously,

The radioactive iodine usually kills off whatever undetectable cancer cells are left in your body after surgery. We thought it was cured-and it usually is in about 93 percent of cases. But I wasn't able to absorb the radioactive iodine. So it came back.

Eventually, the cancer spread to his lungs and in late 2016, Jill had revealed to People that Bobby was diagnosed with a brain tumor and underwent Gamma Knife Radiosurgery at MD Cancer Center, Houston.

Later in July 2017, Bobby was admitted to the Memorial Sloan Kettering Cancer Center in New York City where he recovered a little bit, but only a miracle could have cured his disease, said the Real Housewives of New York alum.