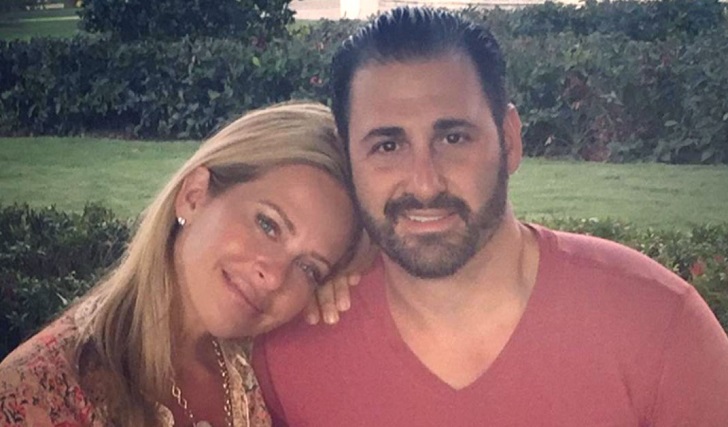 Real Housewives of New Jersey’ Star Dina Manzo Has Been Keeping A Secret Regarding Her Married Life With Husband, Dave Cantin.

On May 6, Monday, 47 years old star revealed that she has been married to boyfriend turned husband Dave Cantin for nearly two years on her Instagram.

Dina uploaded a picture of herself with her 39 years old husband Dave from their wedding ceremony disclosing their wedding date on the caption writing “6•28•17”. The couple got married on June 28, 2017.

Disclosing the details from their wedding ceremony, Dina revealed that she wore a dress from her closet, carried a Calla Lily from her Malibu Garden, and had an orange blossom in her hair.

Dina detailed her wedding ceremony, she continued writing that the pair got married in front of gorgeous Pacific surrounded by nature and puppies promising to be with each other in good and bad times.

Dina even added the hashtag “#thirdtimesacharm” referring this to be her third marriage.

The former Bravo personality announced her engagement to Dave in August 2018. Speaking with SiriusXM’s Jeff Lewis Live during that time, she said:

Even then, there are hints that the pair had already exchanged vows as Dina once claimed that she and her husband were definitely in the honeymoon phase.

Dina and Joe have been together since 2015.

Before being married to Joe, Dina was previously married twice. She was first married to George Hadjiapostoli with whom she has 23 years old daughter Lexi. Divorcing the first husband, she got married to Tommy Manzo but her second divorce was finalized in 2016.