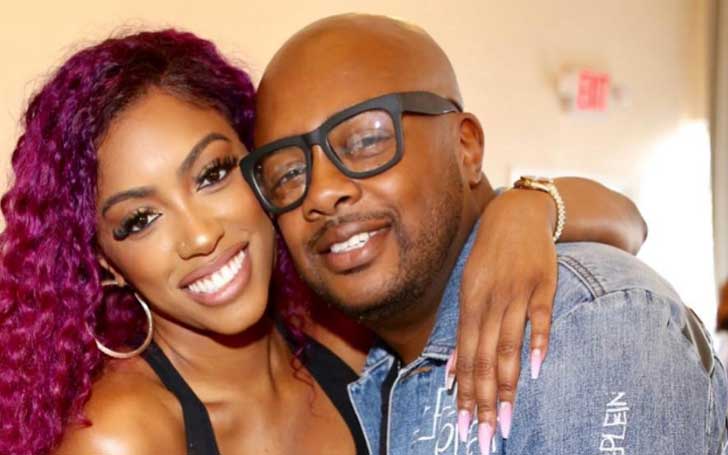 Porsha Williams is going to be a mom! The 37-year-old Real Housewives of Atlanta star is expecting her first child with her boyfriend Dennis McKinley.

The reality star, who suffered a miscarriage six years back, revealed about her pregnancy in an exclusive interview with People for the Friday issue. She told,

When I found out I was pregnant, I was excited [but] I had mixed feelings. The other feeling that I had beside excitement was fear.

Hours after the revelation, Willilams took to her Instagram to share the good news where she shared a photo of her placing her hand on her growing baby bump and another photo featuring the People's news of her pregnancy. "I am happy, healthy...and pregnant!" Wiliams captioned the photo.

I am happy, healthy... and pregnant! #BabyMckinley  #DM #Blessed *Check out our full baby story in @People Magazine on newsstands Friday #TheMckinleys *Love you all thank you for your support and warm wishes it means the world to us!

People reported that the actress told she was pregnant with the couple's first child back in July on the occasion of McKinley's birthday. She further said,

The pregnancy came from the left, but it definitely has brought us closer together because you realize when it sets in that you are actually bringing a life to this world, that you have become family overnight.

So now a lot of the things that we had talked about are a reality, and we work really hard at wanting to be a good couple and build a strong foundation for our new family that we’re going to have.

Where Williams says they don't know the sex of their child yet, they have already "talked about names" and even have a few early contenders. She said,

One of the names that we got rid of that he liked was Napoleon. [I was like], ‘I don’t know about that one for a boy!’

One of the names that he has absolutely settled on — I’m not settled on it yet — is PJ. PJ stands for Porsha Jr. He wants to name our daughter Porsha Jr.

Before Williams started her relationship with McKinley, she was married to a former NFL player, Kordell Stewart. They remained married for 2 years before they called it quits in 2013. After her divorce from her husband, she was in a relationship with Todd Stewart for a brief time.