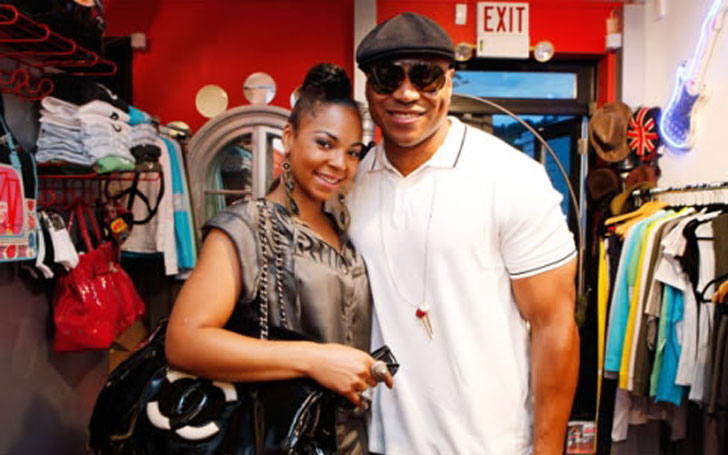 The hip-hop artist/rapper/actor LL Cool J is among few Hollywood celebrities who have a stable married life. He married his longtime girlfriend Simone Smith in 1995. And the couple has been together ever since. They also have four children together.

The rapper Cool J and Simone's love story is often called one of the cutest stories ever in Hollywood. And we are breaking it all down here for you!

LL Cool J And Simone Smith; Match Made On Easter

LL Cool J and Simone Smith have been happily married since 1995. The couple met for the first time when they both were teens. Simone met LL Cool J through her cousin Easter.  In an interview with Jimmy Kimmel, he told

“It was Easter and I was driving down the block in my mother’s car.”

Cool J stopped the car to greet his friend, who said

Hey, you wanna meet my cousin? I looked over and said ‘Oh yeah, I’ll meet your cousin.

Eventually, Cool J started going out with Simone. However, Cool J had to go on tour just when he and Simone were hitting it off. So, before heading to his tour Cool J asked her to wait for him for eight weeks and said don’t date somebody else. Simone replied,

I’m not gonna date anybody else, you’re my boyfriend.

Simone knew they were official when he brought her up on stage for his song ‘I Need Love', at a concert in Miami. At that concert, Cool J kissed her in front of all the girls and those girls were shouting his name from the audience, it was a crazy moment for Simone, she later explained to VH1.

After dating for few years, the couple got married in 1995 and their chemistry is still well and alive, even after four kids.

In 2021, the pair celebrated their 25th wedding anniversary and their relationship is stronger than ever.

In 1995, their second daughter Samaria Leah Wisdom Smith was born. When Leah turned five, her little sister Nina Simone Smith was born. Currently, Cool J and Simone live with them in New York. In an interview, Simone said

We are a family who believes in working hard and pursuing our dreams.

Cool J and Simone have been together through many ups and downs but haven't given up.

In 2004, Smith was diagnosed with 3rd stage chondrosarcoma, a rare form of cancer. She had a chondrosarcoma tumor in her tibia bone and had to go through microvascular reconstructive surgery.

The surgery was successful, Simone's doctors removed her tibia bone and replaced it with her fibular bone from her left leg. Simone recovered in two years from cancer, but she had to learn to walk again.

Simone believes she won the battle against cancer because of prayer. According to a source, she was a  little depressed for about two weeks but her grandmother called her up and told her:

You better not be depressed and get prayed up for those doctors who are doing this surgery on you and you’re gonna beat this.

Then she started praying to God after which the test results came out great. She still regularly refers to prayer on her Instagram. Throughout the ordeal, her husband Cool J stayed always with her and motivated her to battle her cancer.