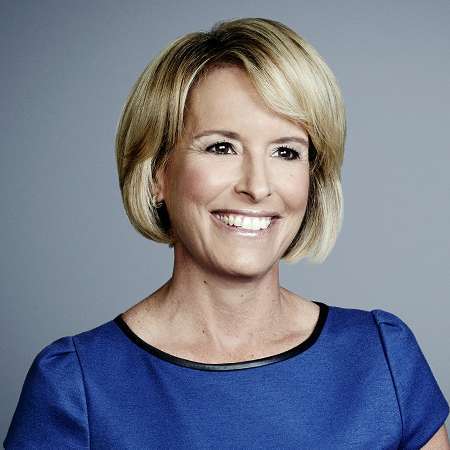 Emmy Award-winning Randi Kaye is one of the prominent faces in the field of media. She came to the limelight after her work with CNN. The media personality currently serves as an investigative reporter for Anderson Cooper 360°.

She previously worked for WFAA-TV as a reporter and as an anchor for KMSP-TV.  She has won a number of prestigious accolades for her great contribution to the media field.

Randi Kaye was born on November 19, 1967, in New York City, New York, under the birth sign Scorpio. She did her schooling at Ramsay High School. She grew up with her two siblings in Florida.  Her father died when she was a very young child. It is said that her father committed suicide because of depression.

She belongs to American nationality and regarding her ethnicity, she is White.  In 1989, she earned broadcast journalism from Boston University.

Randi Kaye started her television career at ABC where she worked for Nightline. She also worked for Peter Jennings. After moving to KATV in Little Rock, Arkansas, she joined another TV channel WFAA-TV in Dallas where she worked as a reporter as well as an anchor.

Kaye also hosted Everyday Living in KMSP-TV in Minneapolis. Similarly, she likewise worked for WWOR-TV in New York. Therefore she has experience of working in different TV networks as reported as well as an anchor.

Kaye joined CNN in December 2004. After joining CNN, she started reporting about the areas affected by Hurricane Katrina exclusively. In 2006, she won a national Emmy for her CNN investigation on infertility drugs being sold on the black market.

Her new ways of coverage gave new look at the storm’s fury and aftermath to the viewers in New Orleans and Biloxi. She also covered the story of the drop in the food supply which she did from the air and from the ground.

The same year, Kaye covered another tragedy of Sago Mine. From the interviews of the victimized family, she gave the outstanding report. She was made one of the desired anchors of CNN because of her outstanding coverage of Barrack Obama’s Champaign and political issues which she did in AC360. Previously she anchored the 1-2 pm weekday slot on CNN Newsroom.

In 2011, Kaye reported from Arizona, the scene of the shooting of Congresswoman Gabrielle Giffords.

She got her permanent job as an anchor after several changes of the morning anchor T.J Holmes. In 2013, due to her hectic schedule at AC360, she left CNN Newsroom. In 2016, she covered the presidential campaigns of both Hillary Clinton and Donald Trump.

For her reporting on black market infertility, Kaye got an Emmy for Outstanding Coverage of a Current Business News Story in 2006. The story was about how infertile couples choose different risky ways which are illegal as well to have babies.

This was related to the soaring cost of in-vitro medications. The story was also broadcasted on Anderson Cooper 360 which was hosted by veteran journalist Anderson Cooper.

In 2011, she won a Headliners Award for the series, “Amazing Animals: Smarter Than You Think”. In 2012, she received two awards; GLAAD and NLGJA for her reporting on the Sissy Boy Experiment for Anderson Cooper 360.

In 2018’s CNN New Year’s Eve Live, she was abroad on a party bus full of weed enthusiasts cannabis.  She showed off a gas mask with a bong attached to it, and explained to Cohen and Cooper who were back in Times Square, exactly how the piece worked.

She didn’t inhale, later handed it off to a reveler, who proceeded to take a pretty big hit from the mask bong as Kaye lit the bowl. She also decided not to smoke the joints handed to her, though it was clear there was ample weed for everyone else.

Randi Kaye's Net Worth And Salary

Randi Kaye has earned an impressive amount of money from her career. As per estimation made by various online sources her net worth is believed more than $1 million. According to some sources, Kaye's annual salary is around $400.

In the year 2015, Kaye was criticized by Donald Trump and some of his supporters for what they claimed was bias in the manner in which she reported a campaign event organized by Trump during the 2016 Presidential election primary campaign in South Carolina.

Due to her secretive nature, it is difficult to say Randi Kaye is married or not. Also, there is no news about her dating someone. We don’t have any clue any either her husband or her boyfriend.

According to her Instagram, she has married a woman, however, the name of the guy has not been revealed yet. She shares a number of photos with the guy.

Besides, she is an animal lover. Kaye has might have two dogs, with whom she posts several photos, with heartwarming captions.

The media personality is also engaged in a different charity helping people suffering from AIDS, depression, and many more. Kaye is also quite active on social media like Instagram and Facebook.