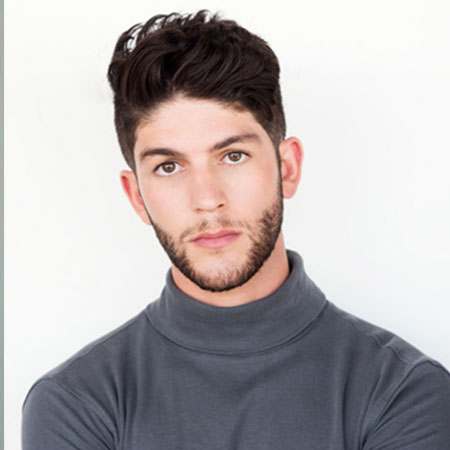 Born and raised in Australia, Rahart Adams is very famous in the acting field. Rahart Adams came into the spotlight after he played the role of Jax Novoa on the famous TV series Every Witch Way and as Sam on the Nowhere Boys. He has risen to stardom for his works in the entertainment industry where he has the credits on the films like Liar, Liar, Vampire, Pacific Rim: Uprising, and EMO the Musical among others.

Rahart Adams was born in Melbourne, Australia on 31st January 1996. Adams was born to father Adam Adams and mother Victoria Adams under the birth sign of Aquarius that defines his personality innovative, selfless, leader, and optimistic. He belongs to the Maltese descent and holds an Australian nationality. He has three siblings.

He loved acting from a very young age and also used to play piano from his early childhood. When he was the leader in his high school play, he realized that he has a keen interest in acting and he started to follow his passion on acting by involving in different types of liberal arts, coaching in acting, singing, and dance over the next 5 years.

Speaking about his education, he attended Haileybury College and studied Media and Business Studies there.

Adams was interested in acting from his childhood. He became passionate about acting after he got the lead role of Troy in a play in his high school. In 2010, Rahart Adams played a cameo role as himself in Prank Patrol. Then he joined TAFTA (The Australian Film and Television Company) from 2012-2014 after which he received the guest role offer in a role of Alistair O'Laughlin on the Australian drama series Neighbours (2012-2013) on January 29, 2013, which happens to be his debut on television.

Below, we have presented you a video in which Rahart Adams can be seen explaining his experience during the shooting of the movie Pacific Rim: Uprising.

Rahart Adams' Salary and Net Worth

Rahart, who is just 22 currently, has already established himself as the leading actor in the industry and has been earning an impressive amount of money from his acting career. His net worth was estimated to be around $450,000 at the end of 2016, however, in this two years' period, he might have earned an impressive amount of money and as of now, his net worth can be estimated to be nearly $1 million.

According to The Hollywood Reporter, the estimated A-listers can make $15 million to $20 million for lead roles in high-budget movies. Moreover, lead actors earn an estimated $1.5 million to $4.5 million for their work in the movie. However, less-famous actors get $150,000 to $300,000 per movie.

As per Payscale, it is reported that the average salary of an actor or actress in plays, TV, and the movies, without regard to the size of the role, is $50,529 per year.

Rahart loves traveling with his family to different places and shares the photos of his traveling on his official Instagram account.