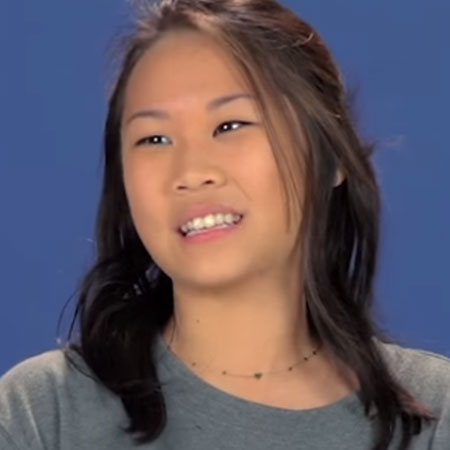 Rae Kanoa is an American teen YouTuber famous for her reaction videos in collaboration with the Fine Bros Entertainment group. Adding to this, she also appeared in multiple internet series revolving around reacting to content. The young starlet is also an aspiring YouTuber and has her own channel. She is currently dating her boyfriend Reece Scarpignato.

Rae Kanoa was born on the 26th of January 2000 in Las Vegas, Nevada, USA. She has the star sign of Aquarius represented by the Water-Bearer symbol.

As for her age, she is currently 20 years old, as of 2020. She was raised with her sister named Sophia.

Kanoa has traits of her star sign as she is fun with friends, helping others, fighting for causes, intellectual conversation, and a good listener.

She has not disclosed the names of her family members but has a sister and frequently mentions her in her videos. Her ethnicity is Mixed and her nationality is American.

She went to Palos Verdes High School and attended Palos Verdes Intermediate school. She has not revealed the name of her college.

Kanoa is a YouTube star who made her first media appearance in an edition of the Fine Bros YouTube channel’s Lyric Breakdown in 2014. Then she made numerous appearances on various other shows of the same channel like Opinions, Try Not to Smile or Laugh, Do They Know It? etc. 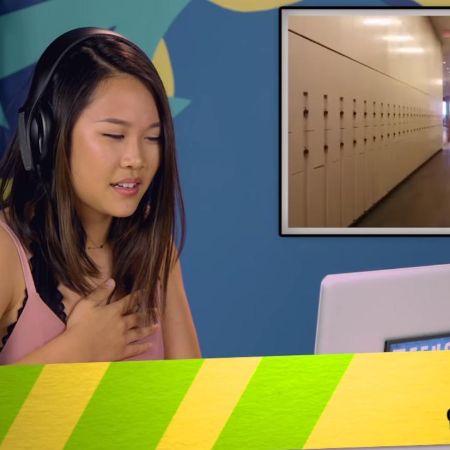 Similarly, she regularly appeared in Teens React from 2014-2018. She has made an appearance in more than 31 episodes of the show and one of her most famous appearances was in the episode Teens React to Attack on Titan which was uploaded on May 18, 2014, which is also her first appearance.

The following is the first appearance of Rae on the Fine Bros entertainment show Teens React.

Apart from this, she also launched her own company called Kanoa Kinis which is a bikini company in 2015.

Kanoa has made a career out of her reaction videos and her YouTube channel, however, she has not revealed her exact net worth to the public.

In a similar fashion, she has also kept her earnings from the social media platforms a secret. According to a feed on Reddit, the teen reactors are paid around $200-$250 per episode

Similarly, her YouTube channel has around 12,000 subscribers as of January 2019 and she can earn up to $1 per 25 views on her channel.

Kanoa is currently dating her loving boyfriend Reece Scarpignato who regularly features on her videos. Scarpignato is also involved in content creation as well as directing and writing scripts. She has chosen not to reveal when their relationships started. The couple went to prom together.

Kanoa is a low-key person and likes to keep her details under the radar. As we mentioned earlier, Rae is in a relationship with social media personality and film industry director Reece Scarpignato.  She has not stated when they started dating but Reece was her prom date.