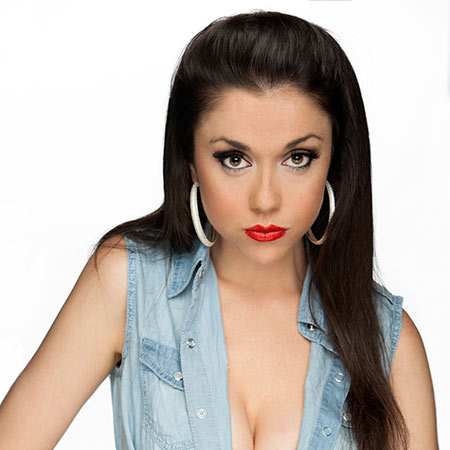 She is also recognized for his portrayals as supporting roles in Hollywood Pulp, School's Out, Sam, and Ali and Brotherly Love. She currently serves as an actor in SAG-AFTRA, a labor union presenting films, actors, radio personality and journalist worldwide based in Los Angeles. She is also an actor in Pentagon Talent Agency and Allied Artists Management, both in California.

Rachel Alig was born in Lakeside Park, Kentucky, United States. She attended Dixie Height High School in Fort Mitchell, Kentucky in the cla s s of 2005. According to her Facebook profile, she attended the Ludwig-Maximilian University of Munich, Germany in 2006.

Later she joined University of Cincinnati and graduated in 2009, with Bachelor of Fine Arts in Electronic Media and a specialization in Journalism.

In an expansion of her skills in acting she studied acting at Lee Strasberg Theater and Film Institution in West Hollywood. She also went to Ivana Chubbuck Studios and The Groundlings.

Alig's career began when she first appeared on television as a primary lead role in the 2013 Richard Blackwell's Officer Down, in which she portrayed the role of a female cop, Becky Brooks.

Prior to that, she took the lead role in Bikini Spring Break alongside Robert Carradine. She also had a minor role with Taylor Negro in Unlimited and a primary female lead role in Ask Me No Question.

Rachel Alig also played as the opposite of Michael Gross and John Savage in the Last Call at Murray's, directed by Linda Palmer-Cardone. She had a lead role in Ghostline and Grace's Room as well as in Good Karma Club. In 2015, she portrayed a lead role in John Parker's Desperate Losers.

Her other lead role credits include Beverly Hills Ghost Club, Turra: Gun Angel, At Granny's House, Sex and the Single Alien, Dale, Cuck, The Cheerleader. In 2015, she played as Diane, a married woman who is attracted to a young man, in Michael David Layne direction Entice.

Alig has also done commercial works for a number of companies, including Mattel, L'Oreal, Wal-Mart, Party City. Directors, actors, writers and viewers praised that Rachel is “Soulful” and dedicated to her actings.

Talking about her personal life, she has not been caught dating anyone or being involved in any kinds of relationship till date. She is unmarried and is not dating anyone at present.

Rachel Alig, who is a caucasian has a sexy slim body with a 5 feet 7 inches (1.72 m) in height and currently lives in North Hollywood, California. Information related to her net worth and salary are not disclosed by any source till date.