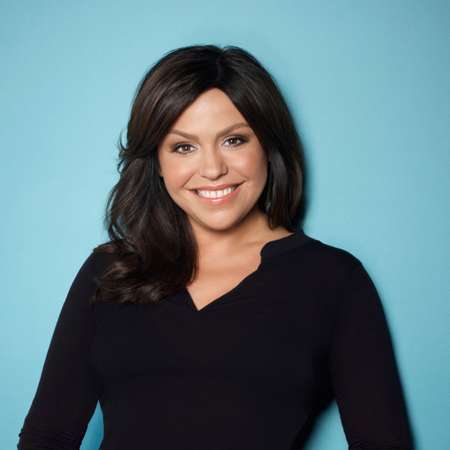 Rachael Ray is a well-known celebrity cook, television personality, and author who hosts the lifestyle program, Rachael Ray. She also has three Food Network series attributed to her name such as 30 Minute Meals, Rachael Ray’s Tasty Travels, and $40 a day. Ray is also the writer of several cookbooks which are based on the concept of 30 Minute Meals.

From her magnificent career, the renowned media personality has successfully collected a gigantic amount of net worth too.

Ray has been married to the lead singer of the rock The Cringe John Cusimano for a long time but the two don't share any child.

Rachael Ray was born in Glen Falls, New York, and her nationality is American. She was born on 25th August 1968. Her family moved to Lake George, New York when she was 8 and she worked at the candy counter at Macy’s in 1995.

Ray gained experience from several restaurants and stores and also through the times when she taught courses to make meals in less than thirty minutes.

Ray was then asked by the WRGB to appear in a weekly segment on their newscasts with her thirty minutes meals. She also published her book and made a public radio appearance which made the Today show give her a Food Network contract in 2001.

Her style of cooking and presenting her shows has made her rise to fame in the eyes of the general public. She signed a deal for a daytime talk show entitled Rachael Ray which premiered on 18th September 2006.

Ray has also posed for the men’s magazine, FHM and has launched her own magazine Every Day with Rachael Ray. She also became a spokesperson for Nabisco crackers and also appears on several commercials for food products.

Use your VOICE. Share your OPINION. TELL your story. EXPRESS yourself. VOTE. Make sure you're registered to vote, and RSVP for a @whenweallvote week of action event here: http://weall.vote/weekofaction (link is in my profile, too!)

Rachael Ray has an estimated net worth of $80 million, as of 2018, as per celebrity net worth. The host of several cooking shows has earned a huge amount of net worth from her career. The three-time Emmy Award talk show-winning television presenter earns over $20 million per annum.

In April 2018, she listed her Southampton property on the market for $4.69 million. The house was built in 1976 and it has about 3000 squares feet. She drives Ozo Car- a limo service that only has Toyota Prius or Lexus RX400h models in its fleet. She also owns Manhattan's Greenwich Village.

Ray has endorsed numerous brands which encompa s s Nabisco Crackers, Dunkin Donuts, and AT&T cellular phones. In December 2016, she endorsed the PulteGroup interior design division. She is also quite popular on social media especially on Instagram with over 663 K followers. Her Instagram account is also one of the major sources of income as an Instagram star who has over 500 K followers can command over $8000 a sponsored post.

Ray has supported numerous charitable works and movements. In 2006, she launched the Yum-O! nonprofit organization. Its mission is to empower kids and their families to develop healthy relationships with food and cooking. Ray has also won several awards including:

Dan di Nicola was the boyfriend of Rachael Ray starting from 1996. The couple was together for three years up to 1999 after which they got separated. Rachael then started dating the lead singer of the rock The Cringe John Cusimano and Ray married after two years of dating on 24th September 2005. The couple organized their wedding ceremony at Montalcino, Tuscany, Italy. Her husband is also an attorney.

The couple has been doing pretty well in the past decade of their marriage. They have not had any children yet.  The two currently reside in Lake Luzerne, New York.

They have not encountered any kinds of problems as far as the news in the tabloids is to be considered. Their relation does seem to be a good one and has not neared divorce or split in these past years.