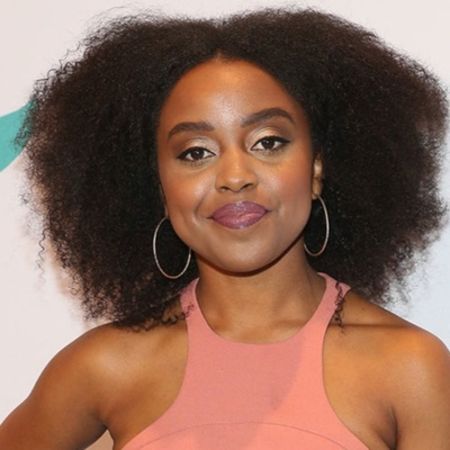 Quinta Brunson is a prominent actress and producer who grabbed wide attention for producing and acting in BuzzFeed Video content and the series, Girl Who Has Never Been on a Nice Date. In 2019, she starred in the HBO sketch comedy series A Black Lady Sketch Show alongside Gabrielle Dennis.

Quinta Brunson was born on December 21, 1989, in Philadelphia, Pennsylvania, under the birth sign is Sagittarius. She holds American nationality and is of Afro-American ethnicity.

As per her education, she studied at the prestigious University of Temple in Philadelphia, Pennsylvania and later joined acting classes.

She Co-Stars In The Series "A Black Lady Sketch Show"

Quinta Brunson came to the limelight after her Girl Who Has Never Been on a Nice Date series went widely viral and gathered public attention. She then started working as a video producer for the entertainment company BuzzFeed. 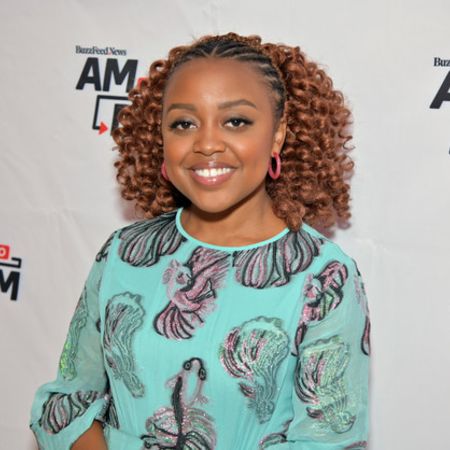 Quinta Brunson at BuzzFeed's 'AM To DM' SOURCE: Zimbio

Subsequently, Quinata sold two web series, Broke for Youtube Red and Up for Adoption to BuzzFeed Motion Pictures in 2016. In 2017, she was nominated for a Streamy Award for Best Acting in a comedy for her role in the series Broke.

Later, Brunson dropped out of Buzzfeed in 2018. Afterward, she went on to appear in a CW short-lived pilot, The End of the World as We Know It.

How Much is Quinta Brunson's Net Worth?

According to some reports, Quinta Brunson, 30, has accumulated a net worth of $300 thousand, as of December 2019.

She gathered a good amount of fortune from her multiple profession as an actress, comedian, and producer. Quinta earns a salary which ranges from an average of $40,266 to $116,199 per annum at BuzzFeed.

Rumored To Be Dating Justin Tan

The 5 feet-tall actress Quinta Brunson is not married yet. However, during an interview in 2019, the BuzzFeed Video creator confirmed that she has a handsome boyfriend in her life.

She said at the time,

I’m fortunate because I have a person in my life—my boyfriend—who doesn’t really use social media all that much, so spending time with him really makes me feel good.

Although she has not disclosed the name of her partner, it seems the couple seems to be happy together.

Additionally, Youtuber Brunson was previously also rumored to be dating an American director, Justin Tan. However, none of them ever confirmed their relationship.