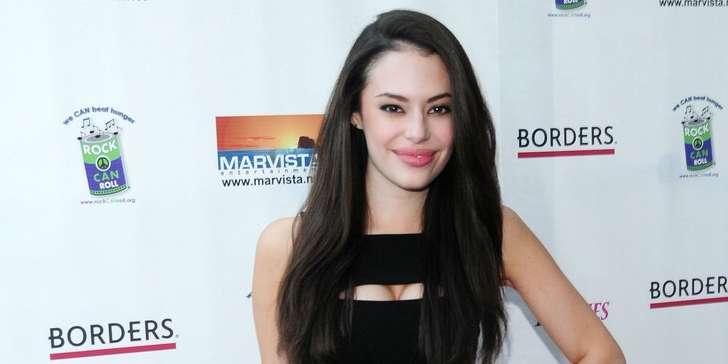 The pretty Chloe Bridges has landed a recurring role in the hit TV show Pretty Little Liars since its fifth season. The role that has been given to her has been the role of Sydney Driscoll and she has been doing justice to the role ever since its inception. This pretty beauty, which has appeared in several films and TV series, has had a successful career in the entertainment business that has managed to make her a part of the hugely famous show.

According to her bio, Chloe is an actress of American nationality who has been known best for her role of Zoey Moreno in Freddie. She has also appeared as Dana Turner in the film Camp Rock 2: The Final Jam. She has chosen not to reveal much information about her personal life and her family and it has not been known who her parents are. However, the affair and the boyfriend details of this beauty have been very well talked about. She is dating Adam DeVine as of now. The couple has been together since 2015 and is doing pretty well together. She previously dated Cody Linley from 2009 to 2001 and was in a relationship with Daryl Sabara from 2011 to 2012. She then was known to b dating Josh Hutcherson but has been with Adam DeVine recently.

With the success she has attained by appearing in several movies and on television, she obtained the recurring role of the swimmer Sydney Driscoll since April, 2014 on the hit series Pretty Little Liars. She started appearing in the hit TV show on 2014 and has justified her role very well thus making the series even more popular than it already is. It can sure be hoped that the acting endeavors of this beauty continue along and she becomes a part of several more hit TV shows in the days to come.